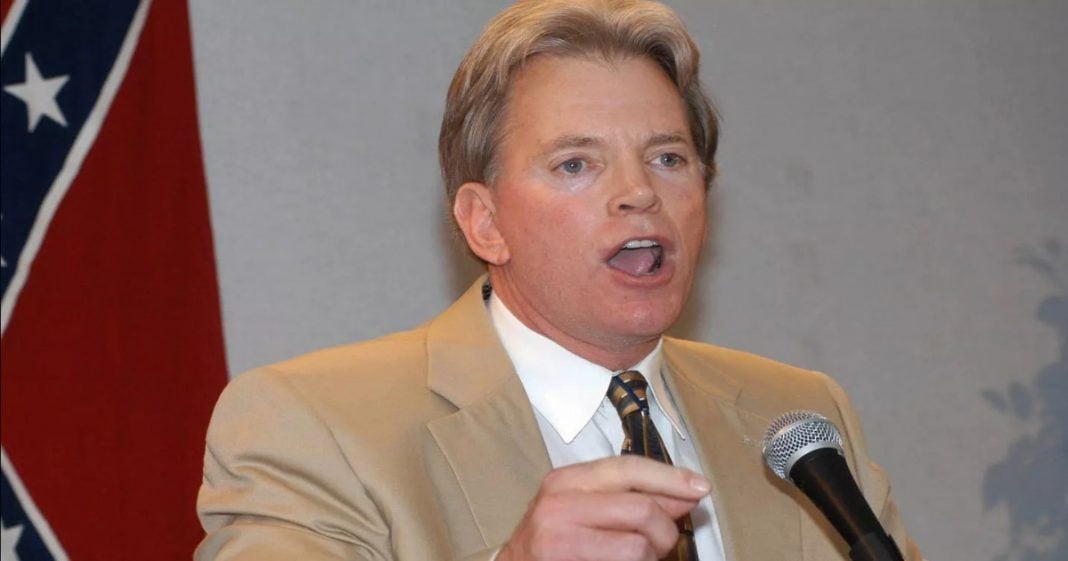 Possibly the only statement more shocking than “Trump for president,” is “Former KKK Grand Wizard David Duke for Senate.” But that’s what you can expect from the burning dumpster fire that is 2016!

On Wednesday evening, Duke got his chance to share his political platform with the world in a Louisiana Senate debate ahead of next Tuesday’s election.

Duke, who is decidedly racist, anti-Semitic, and misogynistic, was attempting to be taken seriously, but when he launched into his explanation about how he only hates the evil Jews, the circus act was complete.

“I’m not opposed to all Jews. I’m against Jews or anybody else that puts the interests of some other place over our own country.”

To their credit, Duke’s opponents unilaterally opposed his presence on the debate stage. One referred to him by his federal inmate number, while another called him a snake in the grass. Another still responded to Duke in disgust, saying that the only thing they have in common is they both breathe air.

At the conclusion of the debate, most candidates shook hands and exited the debate stage while Duke continued to yell and shout at the moderator.

You know you want to watch this.