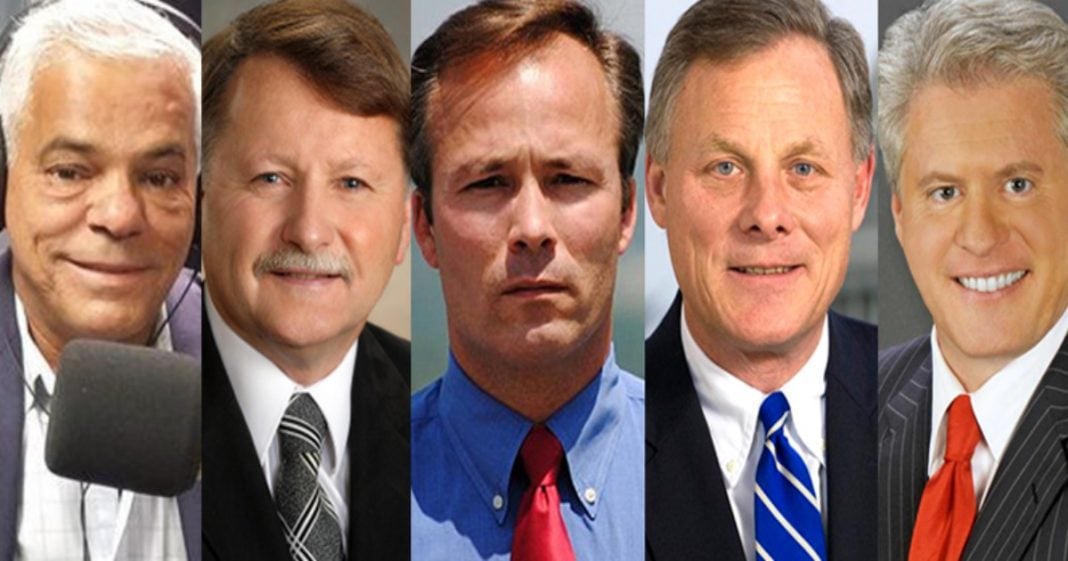 It’s late in the election season and tension’s are high; nearly everyone has said something that they regret – but what five Republican men have chosen to say about the likely presidential elect Hillary Clinton is beyond pardon and reproach.

In the past several weeks five – count em, five – elected Republican officials have called for the death of Hillary Clinton. While “lock her up” is a popular chant at Trump rallies, even the orange demagogue isn’t calling for the execution of his political opponent (though he may have mused over it in his bed at night).

You can read the Raw Story article about it for full, juicy details, but here is the list of men who want the likely first female president dead in the ground:

Back in July, New Hampshire congressman Al Baldasaro said that Clinton should be shot via firing squad for treason. Later, Baldasaro refused to apologize for his comments, instead blaming the media for twisting his words.

That same month, West Virginia House of Delegates member Michael Folk used his Twitter account to call for the hanging of Clinton. People immediately called for Folk’s resignation, but he later mildly apologized, calling the message a “hyperbole.”

Still in July, a County Commissioner for Licking, Ohio Duane Flowers also called for the hanging of Clinton for treason. He later apologized, but said that Clinton’s candidacy makes him so angry, “She just totally makes my mind want to pop out of my ears.”

More recently, North Carolina senator Richard Burr mused on Saturday that nothing makes him happier than aiming his firearm at a target printed with Clinton’s face. He later apologized for his remarks.

The next day, noted Republican Party member Wayne Allyn Root was introducing Trump at a rally when he shared a dream of this where Clinton and longtime aide Huma Abedin might drive off a cliff, “Thelma and Louise”-style.