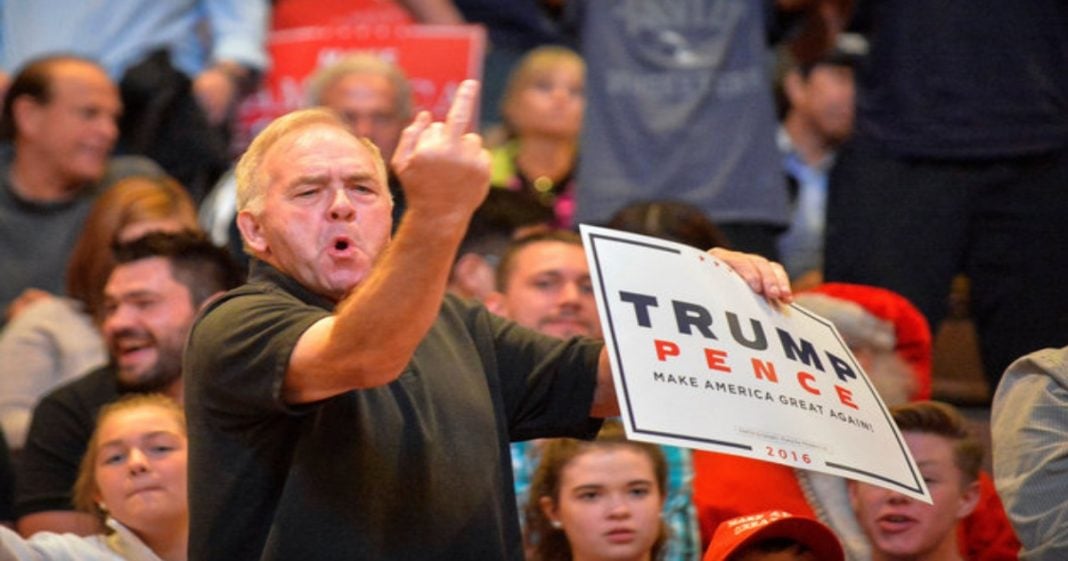 For the past year, a group of dedicated and professional reporters have followed Donald Trump on the campaign trail, offering expert analysis and covering every moment of every rally from the very beginning.

This group of embattled reporters have been through so much in following the candidate cris-crossing around the country, attending as many as three rallies a day. Each day, they check into a low-budget motel, scarf dinner, and then wake up the next day to do it all again.

For their hard work and dedication, they are openly mocked by Trump, booed by the audience, and even threatened with anti-Semitic and sexist language from Trump fans standing just on the other side of their media pen.

A large part of Trump’s appeal has been his undying revulsion for the media, and he continues to lie and mislead his crowds in order to keep them booing at the penned-in members of the media. But Trump’s anti-media language has inspired real action in his rabid fans, and many times over, reporters have been made to fear for their safety in the face of roaring crowds.

On Wednesday, at a campaign stop in Florida, Trump narrowed his assault to one reporter – NBC’s Katy Tur.

Tur is one of many reporters that Trump has come to know so well, he addressed her by her first name when he called her out at his rally. As usual, Trump blamed the media for not covering the size of his crowds, despite knowing that reporters do in fact show the crowds frequently. But this time, he didn’t just vaguely gesture at the media pen. This time, he accused Katy of doing the biased reporting.

The result? Voices in the crowd taunted the reporter, calling her name out over and over again.

For Tur, this is all par for the course. You can read the other abuses and hi-jinks the reporter has endured at the hands of the Trump campaign in her interview for Marie Claire.

In an interview with MSNBC, Tur said that she believed Trump’s personal attack was not meant maliciously, but intent and result are two vastly different things.

In the clip below, Tur explains.

Of course Trump knows how a pool camera works—it’s part of his shtick. @KatyTurNBC explains. https://t.co/un9q10E0FX