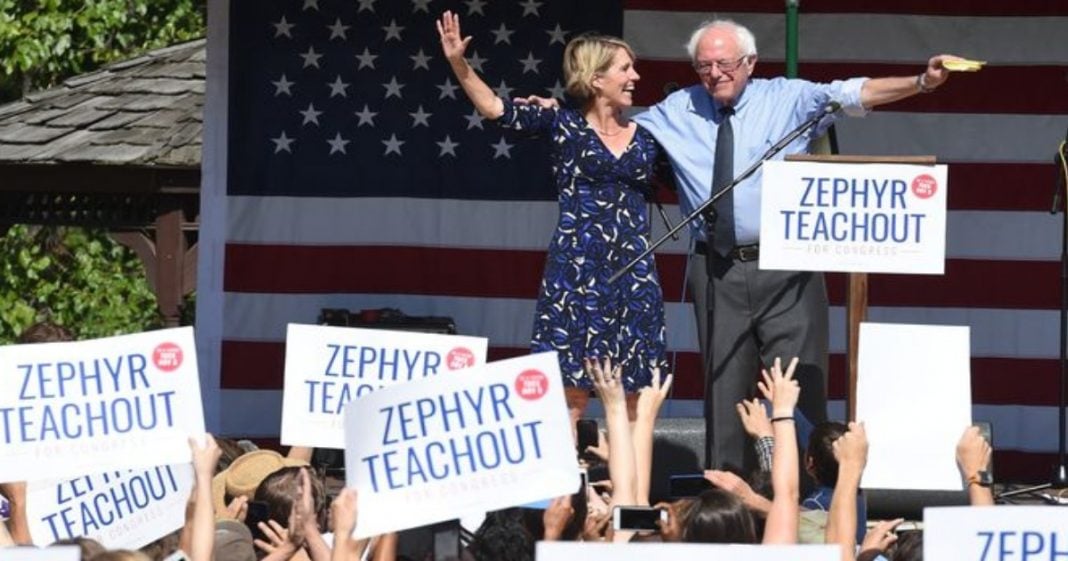 Though Bernie Sanders is not about to become our next president on Tuesday, we may yet see the lingering embers of his revolution become a flame as Zephyr Teachout reaches for a congressional seat in New York.

Citing the race as “the most important Congressional race in the country,” Bernie Sanders made clear on Thursday that he is all-in for Teachout’s congressional run.

Sanders feels so strongly about his up-and-coming Berniecrat that he sent this campaign fundraising email out on Teachout’s behalf, calling on those same progressive who supported his platform to recognize and contribute to the congressional candidate’s efforts.

“You have at least three billionaires, including Sheldon Adelson, pouring millions of dollars into super PACs to try and buy this seat in Congress. The super PAC funded by Adelson has spent more money attacking Zephyr than they have for any other candidate in the country. … These billionaires know that she will fight in Congress to take on corruption, stop bad trade deals, and fight for working people.”

Though Teachout’s opponent John Faso has tried to paint her as a crazy liberal, making her association with “Socialist” Sanders a negative rather than an overwhelming positive, that glue hasn’t seemed to stick.

Instead, Teachout is inching toward taking the important Congressional seat, serving as the first, most tangible outcome from the Revolution Sanders sparked so long ago.