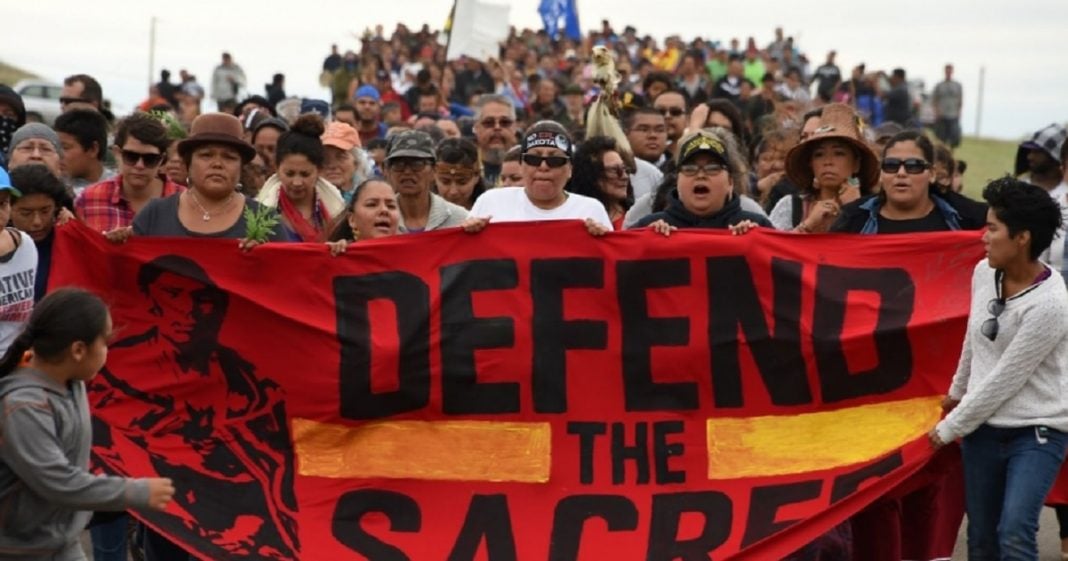 The president said that his administration is monitoring the clashes between protester and police closely, and that the Army Corp is now looking into alternative routes for the pipeline which would avoid sacred tribal lands altogether.

While a change in route would be a victory for native peoples, the main protest over the pipeline is its existence, not its location.

In the meantime, Obama says that he plans to let things play out, encouraging protesters to do act peacefully and encouraging police officers to practice restraint. The president offered no condemnation of either side for what took place last week.

“We are going to let it play out for several more weeks and determine whether or not this can be resolved in a way that I think is properly attentive to the traditions of the first Americans.”

If the president truly felt committed to finding an alternate route, he would call for a stop to the development today, as a sign of respect and good will to the native tribes the pipeline is harming.

As the Obama administration continues to allow the development of these harmful pipelines, we are exposing our land and waterways to continued pollution. Obama’s peace offering is merely a bandaid on a large wound.