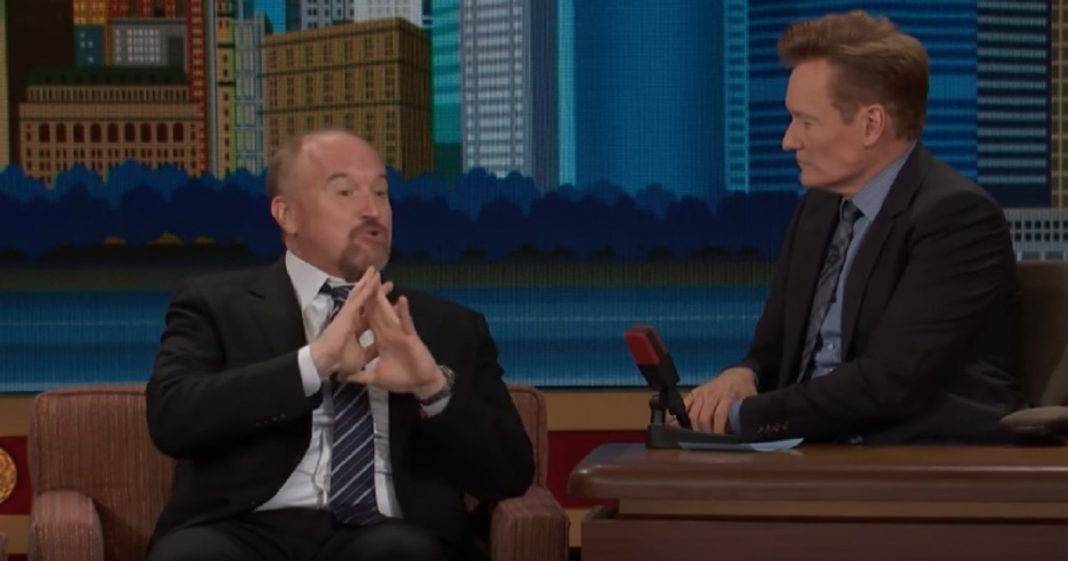 Comedian Louis C.K. has made his political opinion known in small ways during the election season, but during an appearance on Conan on Tuesday, the hilarious cynic gave his full support for Clinton in a way only he could.

C.K. went on to say that he does not support Clinton as a last resort, or as someone to oppose Trump.

But even though he thinks she’s completely qualified, the added aspect of her gender has him especially excited.

“It’s really exciting having the first mother in the White House. It’s not about the first woman, it’s the first mom. Because a mother? She’s got it. She does it. She feeds you and teaches you, she protects you, she takes care of shit.”

C.K., who has centered the bulk of his comedy acts and television shows about his own role as a father to two daughters, then goes on to explain just how different a mother can be.

“We’ve had 240 years of fathers. Father after father. Bald father, fat father, every kind of father! And I’m a father . . . a great father can give a kid 40 percent of his needs, tops. Any mother, even just a shitty mother, like just a not even trying mother? 200 percent.”

Despite the fact that she is conniving and scheming, C.K. thinks she is exactly what America needs.

“We just need a tough, bitch mother who nobody likes.”