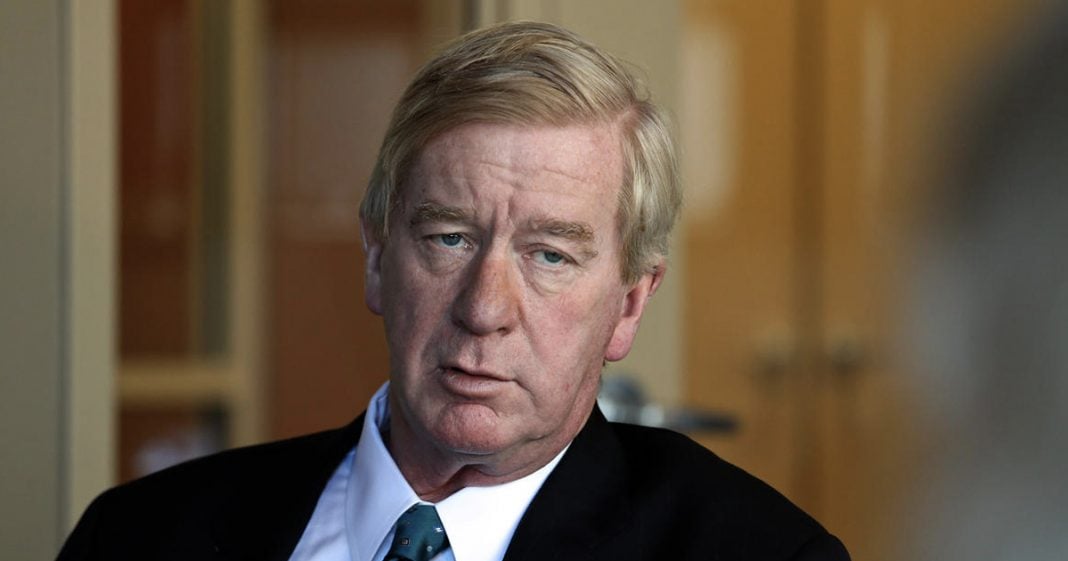 Former Massachusetts Governor Bill Weld may be on the Libertarian ticket for the presidency, but he is apparently a pretty big fan of Democrat Hillary Clinton.

During an interview with Rachel Maddow, Weld said that he was willing to come to Clinton’s aid, especially if it meant keeping Trump out of the White House.

“I’m here vouching for Mrs. Clinton, and I think it’s high time that somebody did. . .  I think she deserves to have people vouch for her, other than members of the Democratic National Committee, so I’m here to do that.”

Weld’s response is particularly telling considering the language Maddow used to elicit such a response, saying that she respects Weld’s leadership and judgement and would be shocked and disappointed if he were trying to encourage voters to give the presidency to Trump by voting Libertarian.

Weld put country before party, as we have seen so many others do before, and said “y’know, Clinton ain’t so bad.”