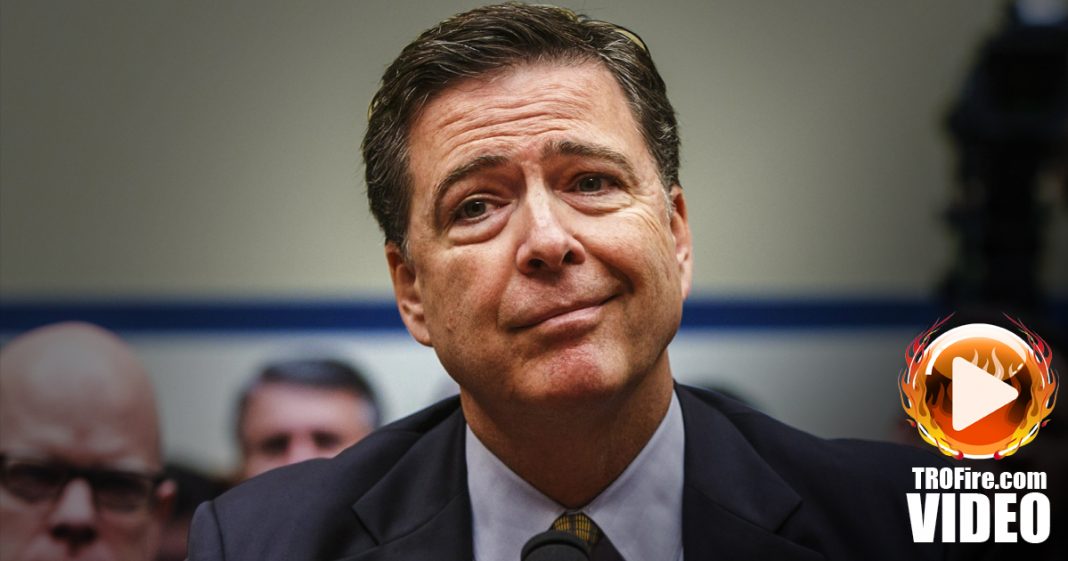 Sam:
Guys, this week of course, or I should say really at the end of last week and then there’s been these drudge and drabs of leaks that are coming out of James Comey’s FBI. James Comey sent a letter to Congress, to ISA and Jay Fitz and basically said, “I know I went in front of your committee and I told you that the investigation, we weren’t looking at other emails, but we are aware of other emails that exist, that we may look at it. We have no idea what’s in them. In fact he wasn’t even this explicit, which made the letter even that much worse frankly. I want to get both of your takes.

Bobby why don’t we start with you. How unprecedented is this, for an FBI Chief to do something like this, this close to an election?

Bobby:
It’s never happened before and in fact there’s a 100 former Senior Justice Department Officials, who have sharply criticized the FBI Director Comey. Among those is Erick Holder, the former Attorney General and Comey has a very checkered past. Comey became kind of a hero, because he stood up to … When Jonathon Ashcroft was being asked by George Bush to sign on to a memo that would’ve allowed a warrant, eves dropping on every American. Comey ran interference. Everybody looks at Comey and says, “He’s a hero. He’s the one guy who stood up in the Bush administration for the United States Constitution against this assault that was launched against the Constitution and the Bill of the Rights during the Iraq war.

If you look at his history prior to that, he went along with everything. He was a right wing Republican idiot log, who thought that the Constitution was a luxury that after 911, the country could no longer afford. He’s been doing Republican bidding since he got in there. Why is it … Harry Reed made a really interesting statement the other day. I hope you guys saw… Harry Reed, who is on the Intelligence Committee, said that the Intelligence Committee had gotten information, that showed that Donald Trump was complicit with the Russian hacking of Hillary’s emails.

In other words he just didn’t endorse the hacking post fact, but that he had some other connivance with that hacking, some other collusion with it. Reed said, there’s an FBI investigation of this right now, Comey gave him the information, that Comey says he can’t talk about it, because it is under current investigation and the FBI has a policy about disclosing facts that have to do with an ongoing investigation.

Papantonio:
Let me throw a bomb out here gang. This is … I’m coming at this totally different then I think both of you are. First of all, the part of the story that the media refuses to embrace is this. Three weeks ago, the FBI had this information. The information, it was intentionally kept from Comey. That is what … All day long, that’s obstruction of justice, especially if it comes from the DNC. If there’s a telephone call between some staffer, who has this information and the White House, or some staffer in the DNC saying, “We’re too close to the election. Sit on this.” That is absolutely obstruction of justice.

I have personally, Bobby, I have very little confidence in Harry Reed. I have almost zero confidence in Erick Holder. We saw what Erick Holder did with the Wall Street love affair. We know that Loretta Lynch, when she comes out and she says, “This is some great violation.” We really know that Loretta Lynch is joined at the hip with the DNC and with Hillary Clinton. All this pile on of Comey, I really am not buying into and I’m just amazed that the media is not able to see the connection between …

Speaker 1:
Pap, let me interject here. I spoke to a good friend of mine, who was a former US Attorney in Manhattan Eastern District. He worked in public corruption and he said, it was stated policy by the DOJ and for FBI, that you would never do this in months leading up to an election. In fact his speculation and the reason why Chris Christy got so close to the Trump campaign, was specifically to, because having been a US Attorney himself, he knew that if he was that involved in a campaign, that he could not get indicted at least in the run up to an election.

One thing is clear, that Comey was bucking policy. The other thing that’s clear seems to me and look, there’s no love lost here. I have a lot of issues with Clinton and the way the DNC has functioned here. The bottom line is, they don’t even have any evidence here. There’s nothing necessarily to suppress it seems to me. As far as they know at this point and certainly if they don’t know, nobody else could’ve know, what is there and we will not know until well after the election as they go through all of these emails. It’s…

Bobby:
I strongly disagree with you Pap, because clearly Comey was protecting his own butt here. He had…

Sam:
He’s got to go in front of these guys, in front of a committee, who could theoretically defend everything he’s doing. The Republicans are going to control Congress and Comey theoretically…

Bobby:
He said I can’t go through anymore of this. I can’t hold this ’til after the election and they’ll really come out … Lose all of my friends. I got to come out and say it now, no matter what the consequences to the country. Once again James Comey sold out his country for his own career.