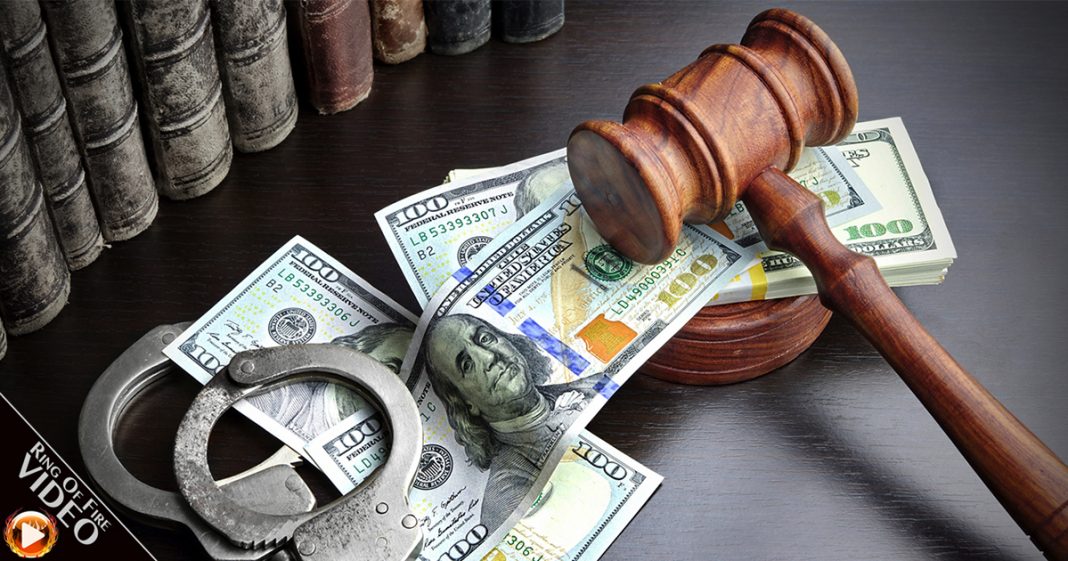 Corporate money has been pouring into judicial elections for the last 12 months, with corporations trying to purchase our entire judicial branch of government. The worst part is that the corporate-controlled media isn’t reporting on any of this. The Ring of Fire’s Farron Cousins discusses this.

We’re now just a few days away from the 2016 election, and the big question on everybody’s minds is who’s going to control the courts, right? That’s what we’re all focusing on. I know there’s a president, there’s a House, there’s a Senate, but don’t forget folks, there’s a third branch of government out there that nobody pays attention to, the judiciary. This coming Tuesday, 39 states will be holding elections for federal and local judges. 27 states are holding elections for their state’s Supreme Courts, and nobody’s paying a bit of attention except for one group, and that group is corporations.

So far 14 million dollars, a small sum compared to what everybody else is getting, but still a lot of money nonetheless, has been poured into state Supreme Court races by corporations. 70% of that is coming from dark money sources according to Mother Jones, where we cannot trace the origin of that money. 70% of this money going to state Supreme Court races we don’t even know where it’s coming from. Isn’t that a problem? Isn’t that something that we should know when you turn on your TV and see an ad saying how bad some Supreme Court candidate or sitting justice is? Shouldn’t we know who’s saying that? Shouldn’t we know if it’s Philip Morris, or Pfizer, or DuPont, or Monsanto out there trashing a judge that wants to hold them accountable, because that’s what’s at stake with the judiciary.

That’s why corporations are pouring more and more money every election cycle into judicial races. One, because they know they’re going to get away with it because the public doesn’t pay attention, but two, because they need to make sure they have industry-friendly judges on those benches to make sure that when you get poisoned by DuPont, or Monsanto, or Dow, you can’t hold them accountable. When Pfizer puts out a pill that kills you or your loved ones, nobody can hold them accountable because they own that judge. That’s why they do this. You have a week left. There’s still plenty of time to get educated about what’s happening here, but make no mistake, when you see an ad talking about how horrible a justice is, you can bet that the money coming for that ad came directly from the pockets of a corporation that doesn’t want to be held accountable when they kill American consumers.