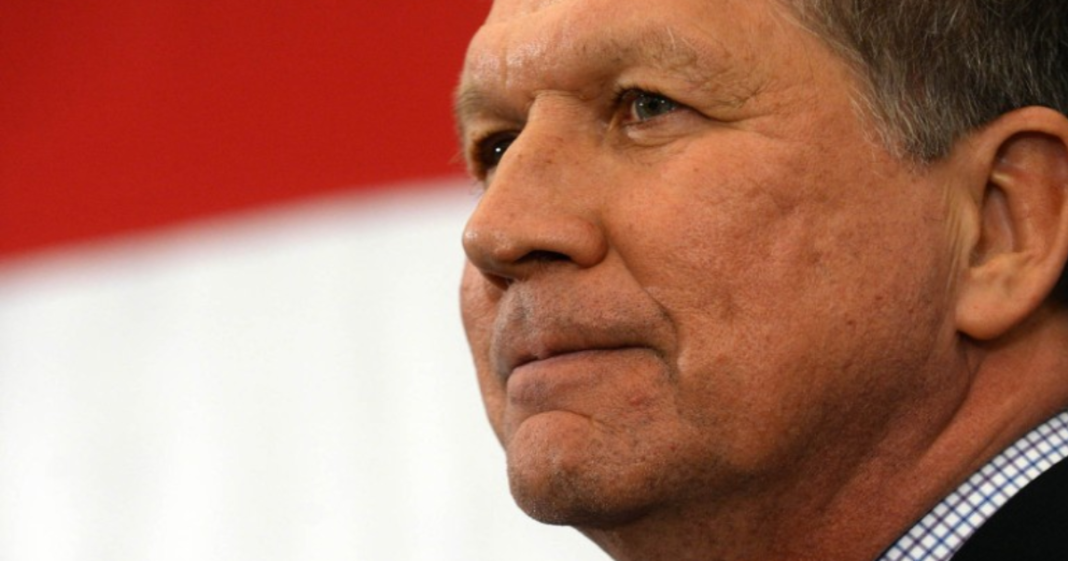 The failed presidential candidate’s political spokesperson told reporters afterward that he hadn’t voted for Trump, despite the pledge he made to support his party’s nominee. Instead, Kasich wrote in Arizona Governor John McCain.

Besides writing in McCain, an essential non-vote, Kasich voted straight Republican down-ballot, showing his support for his party alongside his distaste for the Republican presidential candidate.

Though he could not bring himself to cast a ballot for Hillary Clinton, his write-in vote is one less going toward the Republican demagogue.

Kasich was one of the few establishment Republicans who stood strong in his condemnation of Trump. When the governor’s presidential chances fizzled out, his public dislike of Trump didn’t change, and he refused to endorse or say he would vote for the nominee.

Kasich confirmed once and for all his plans to not support Trump on October 8 in response to the leaked tape of Trump using “locker room talk” with Access Hollywood‘s Billy Bush.

“Donald Trump is a man I cannot and should not support,”

“I will not vote for a nominee who has behaved in a manner that reflects so poorly on our country. Our country deserves better.”

When the Republican party finally comes to its senses, looks around, and casts out every individual who ever tolerated Trump, Kasich will be one of the few principled Republicans left standing. Though that won’t be enough to win liberals over, it will be nearly all that matters in what’s left of the Republican party.