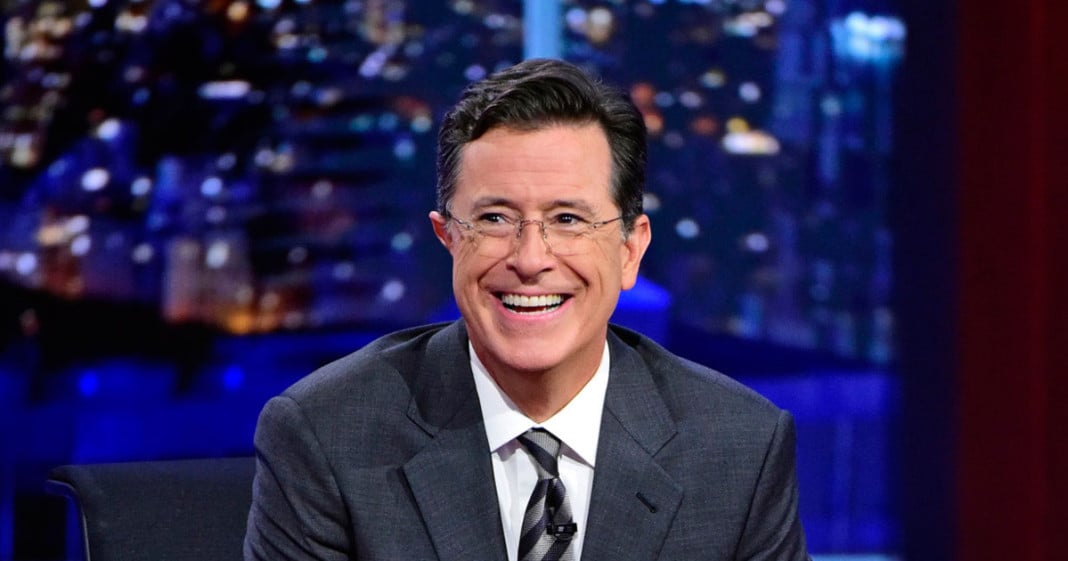 Just one week, folks. Just seven days of this hell on earth until we can declare a supreme leader and throw the loser into a pit of lava… or something.

But in the meantime, we are having to suffer through the worst of it, and our only respite is the comedic minds of political satirists like Stephen Colbert.

The one-time extravaganza is promised to be as raunchy and as titillating as one expects from a Showtime flick, but with the added bonus of political content.

“People who can afford Showtime or people who can bribe their cable guy” can look forward to live election results from a “sex-positive” Colbert who has a “mouth like a sailor on shore leave.”

“Don’t we all just wanna scream foul language when we look at this election?”

Just to get ready for the moment, Colbert listed deceased comedic legend George Carlin’s famous list of words you can’t say on television – though most were censored in the promo, they won’t be on election day.

So get pumped, America! Even if the apocalypse arrives and Trump wins the election, at least something good will happen next Tuesday.