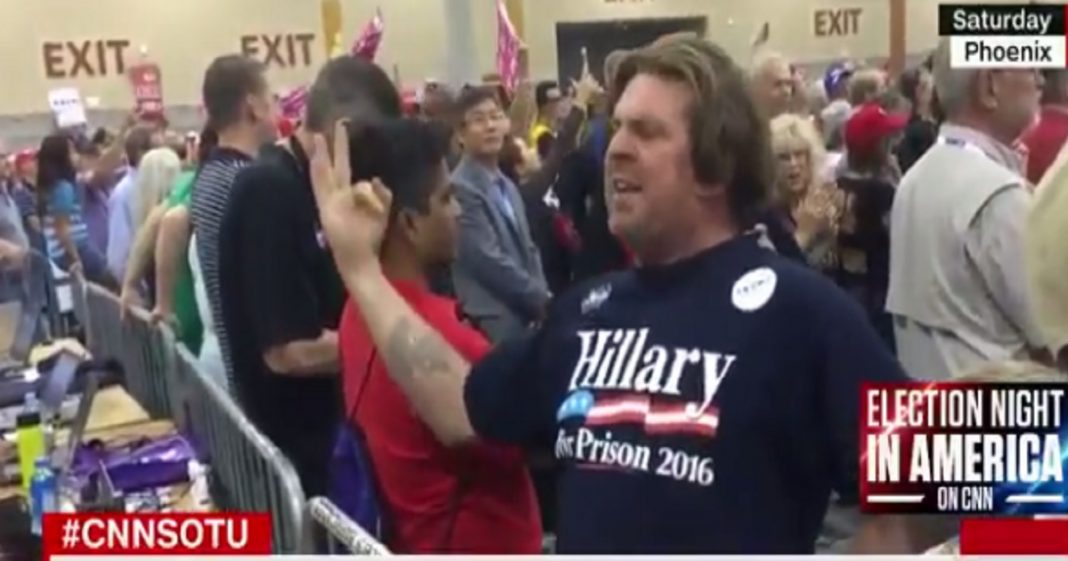 Looking like a late 90s surfer movie character gone wrong, a over-confident Trump supporter chose to mock the assembled press at a Trump rally with some anti-Semitic chanting on Saturday.

While the crowd chanted “U-S-A,” the unidentified man turned to the press pen and shouted “Jew-S-A” at the top of his lungs.

While not the most creative demonstration available, the man made his opinion clear.

Trump’s supporters have long been aligned with white supremacy groups and antisemitic sentiment, and this display is further proof of that. Though not all supporters openly despise Jews or hope for Whites to reign supreme, we have seen again and again that the rhetoric in his campaign draws those sorts of degenerates by the droves.

Just last week, one Trump supporter taught the other how to say a popular Nazi word for “lying press,” using it against the press pen. Then as now, this rhetoric is used to distance voters from the press and supporting only the statements of one strong male character.

In the clip below, CNN‘s Jake Tapper makes this same argument to Trump campaign manager Kellyanne Conway who condemns the Jew-S-A man, but pretends that Trump’s campaign is somehow above a hateful comment like that.