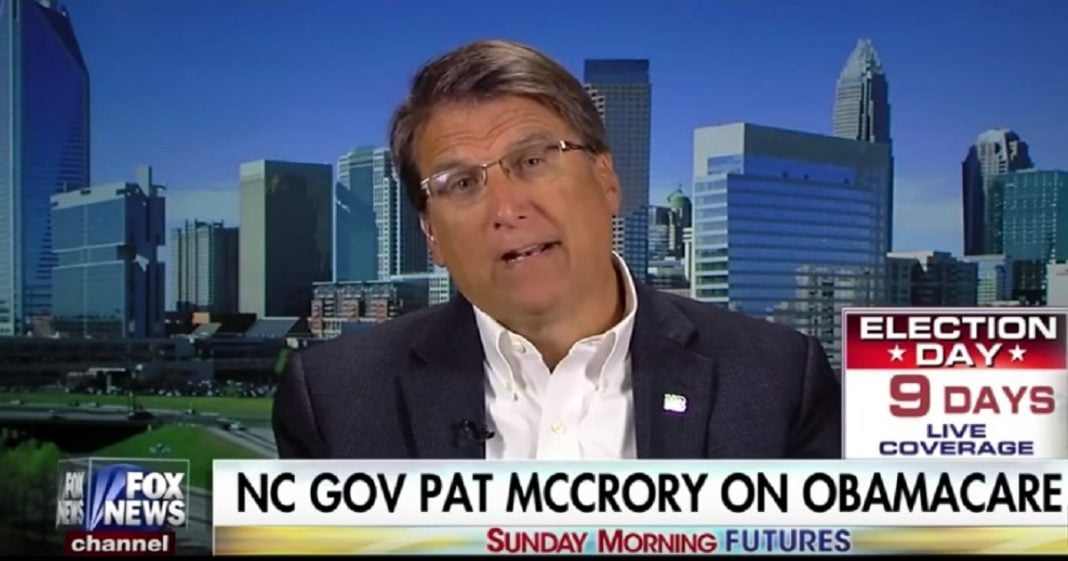 Governor Pat McCrory will go down in history as one of the most regressive elected officials in modern history. His undying dedication to restricting the rights of minority groups in his state of North Carolina is a testament for how truly depraved Republicans can be when given the chance.

Along with McCrory’s infamous Trans bathroom bill, the Governor has also made a name for himself by attempting to implement racist voting rules which disproportionately suppresses the African American vote in his state.

Now, the Governor is celebrating a job well done.

Looking nearly as orange as the man he is supporting for president, McCrory seemed pleased with the idea that less Democrats may vote for Clinton than they did Obama in 2008 or 2012.

“We’re already seeing the Clinton voters not coming out in numbers the Obama voters were coming out four years ago at this point in time. I think the turnout will be impacted by this [Hillary Clinton email scandal] because people are just disgusted with the whole thing.”

Of course, if McCrory had his way, that would be a given, but not based on any scandals or gaffes – rather good, old fashioned voter intimidation, restriction, and suppression.