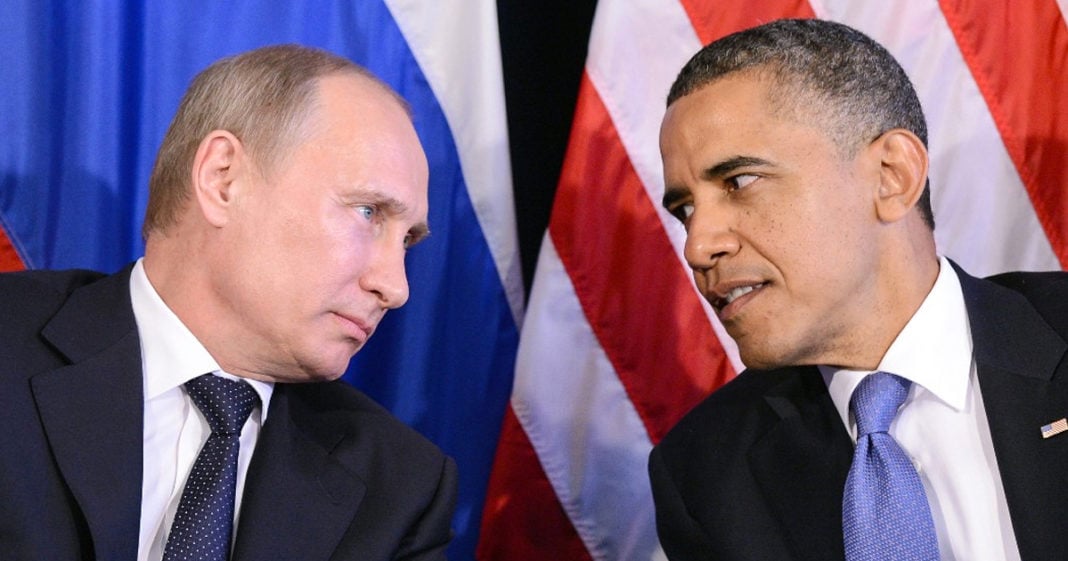 On Thursday, Russian President Vladimir Putin spoke up about rampant allegations that he authorized hacking of the Democratic party in order to try and sway the election for Donald Trump.

Putin cut to the heart of the issue when he accused the Democratic party of whipping up hysteria.

“It’s much simpler to distract people with so-called Russian hackers, spies, and agents of influence. Does anyone really think that Russia could influence the American people’s choice in any way? Is America a banana republic or what? America is a great power.”

Many who are suspicious of the DNC’s nonstop attack on Russia, and how corporate media has focused more on who is doing the leaks rather than the contents found therein, may see some truth in Putin’s statement.

Though Putin has not always been the best ally to the United States, his statement here is telling.

You can read more about this story at Reuters.