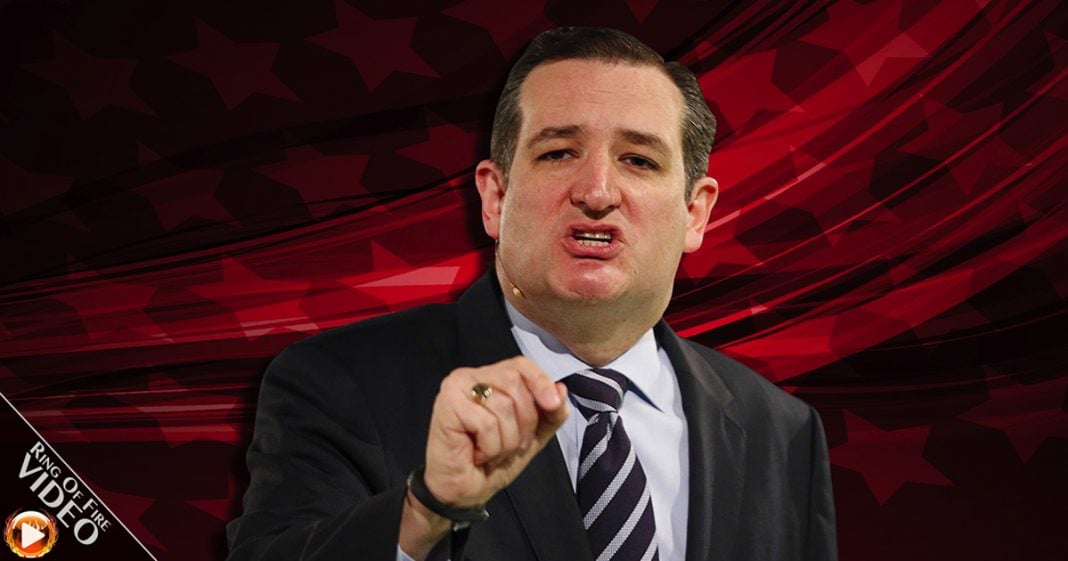 Ted Cruz has promised that he will continue to obstruct the next Democratic president as fervently as his party has blocked President Obama, proving once and for all that Republicans are too infantile to lead this country. The Ring of Fire’s Farron Cousins discusses this.

According to a new article in the Washington Post, Ted Cruz has laid out the Republican plan on how to deal with Hillary Clinton’s probable electoral victory in November. According to Cruz, they’re basically just going to do the same thing they’ve been doing to Obama for the last 8 years which is do nothing. They’re not going to let the president do a thing because they won’t do their jobs. Specifically, Cruz was referring to the blocking of, even having a hearing on President Obama’s Supreme Court nomination of Judge Merrick Garland. Cruz is open to the possibility of maybe just doing that throughout all of Hillary’s term..

Ted Cruz is obviously not a smart man, not anyone that you would look at as a beacon of intelligence, but even he has to realize that the American public right now hates, hates the Republican party and what they have done in Washington. They hate the obstruction. They hate the do-nothingness of Congress. They’re sick of it. They’re tired of politicians who are acting like whiny little toddlers. As somebody who has a toddler, I can tell you that my 2-year-old is far more mature than somebody like Ted Cruz or any of the Republicans calling the shots in Washington DC today.

They need to understand, these Republicans, that you don’t always get your way. You don’t always win. Sometimes you just have to suck it up and move on. That’s not just in politics. That’s in life. You have to still do your job. You took an oath of office, Ted Cruz and all you Republicans, to do just that, to faithfully execute the office in which you hold. You are failing to do that. You are failing the American public but you’re making a couple hundred grand a year doing it, so what do you care?

This is why it is so important that Democrats get out to vote so that they can take back the house and take back the Senate. Keep people like Ted Cruz from being able to have their temper tantrums for the next 4 years. This is why voter turnout is so important. You cannot let Ted Cruz have any power. You can’t let Paul Ryan have any more power. These guys have to be shut down and put in their place. They have to understand that the American public is going to punish you when you do not do what they have elected you to go to Washington and accomplish.