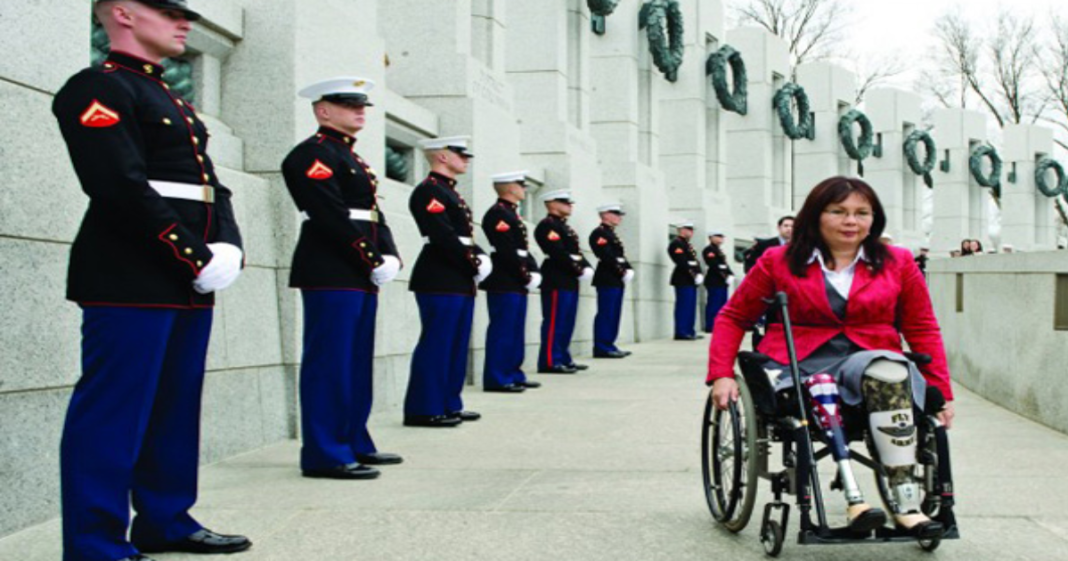 Seemingly out of nowhere, Senator Mark Kirk sank his political career in one fell swoop during a senate debate on Thursday evening.

Kirk was already surely going to lose his re-election, but he didn’t have to beat it while it was down!

Rep. Tammy Duckworth, a double-amputee Iraq war veteran, had just shared that her family’s defense of America went all the way back to the Revolutionary war, calling herself a daughter of the revolution. Kirk was given the usual time to respond, but he would have done better to just sit in silence rather than say what slipped out.

“I had forgotten that your parents came all the way from Thailand to serve George Washington.”

There was a pregnant pause before the moderator declared, “Let’s move onto the next question.”

Duckworth’s mother is an immigrant from Thailand, but Duckworth is an American citizen – who lost her legs in the Iraq war, no less – and her father’s line goes all the way back to the Revolutionary war.

In case there was any confusion, Duckworth shared this information, along with a photo of her parents, on her Twitter account after the debate concluded.

My mom is an immigrant and my dad and his family have served this nation in uniform since the Revolution #ILSEN pic.twitter.com/ehEBHswFMs

Either Kirk had no knowledge of Duckworth’s heritage and was calling her a liar, or he was simply making a racist jab he hoped would escape scrutiny. Either way, too bad Kirk, because your career is done.