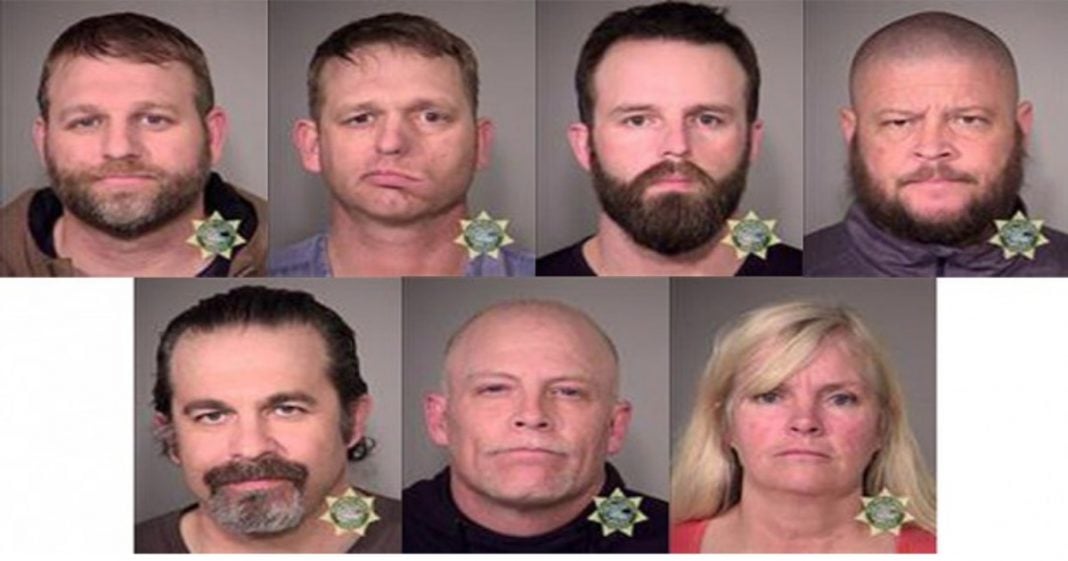 We all saw it on live television, in YouTube videos, and heard about it from reporters on the ground – and yet the men who occupied a wildlife refuge in Malheur, Arizona have been cleared on all charges by a jury.

This handful of white men (and one woman) held an armed protest at a federal building where they openly mocked the government and law enforcement, shot off dozens of rounds and stockpiled hundreds more, destroyed federal records, destroyed federal and private property, and called for the overthrow of the entire government.

And yet a jury of their peers concluded that the men had done nothing wrong – at least in the case of the charges of conspiring to impede federal workers from doing their jobs, theft, and illegally possessing a firearm in a federal facility.

All seven defendants were cleared of all charges, except in the case of the theft charge against Ryan Bundy – jurors couldn’t make up their mind on that one.

5 of the 7 were released, while the Bundy brothers were held in custody to be transferred to the Nevada court system where they were still wanted in connection to the standoff on their father’s ranch there in 2014.

One of the defendant’s lawyers argued that the group’s actions were never directed at the federal wildlife refuge employees, so they hadn’t conspired to impede those workers – but holding a place of employment – armed to the teeth – for a month sounds awfully premeditated to me.

How they got away with the charge of having a firearm in a federal facility is a complete mystery. We know they had guns in the federal building. We know that they repeatedly threatened to mow down police who tried to stop their occupation and said they would lose their lives to defend their cause. We know that investigators founds hundreds of rounds and that YouTube videos posted by the men themselves showed many firearms.

On the very day that dozens of Native Americans and protesters were attacked by police and arrested for trying to protect their sacred tribal grounds, as well as the nation’s water source from a damaging pipeline, these privileged white people were cleared of what amounts to domestic terrorism.

Still think white privilege doesn’t exist, or that we still don’t prosecute the minorities among us much too harshly? It’s the kind of thing to make you no longer believe in justice or the system that purports to serve it.