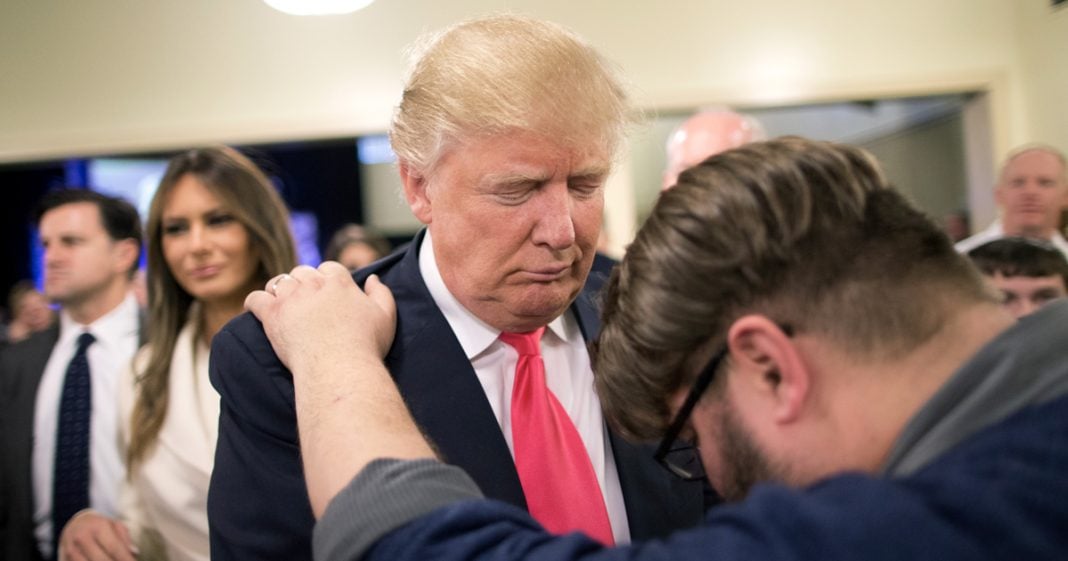 In this Majority Report clip, we listen to a “capitalist evangelist” who thinks that Donald Trump is the “perfect guy sent from God and central casting to save Christianity.” He’s soooo handsome, especially 20 and 30 years ago, too, that no woman would have resisted his advances. Now, no version of Trump at any time is my cup of tea, so I have a hard time with the handsome thing, but his “advances” were in some cases assault and in other cases innappropriate behavior from a weird weirdo that would make most people uncomfortable. Given his lack of self-awareness, it is not difficult to imagine that at the VERY least, the weird weirdo stories are true. If I was a Christian evangelist, Donald J. Trump is one of the last people I would want sent my way from central casting.