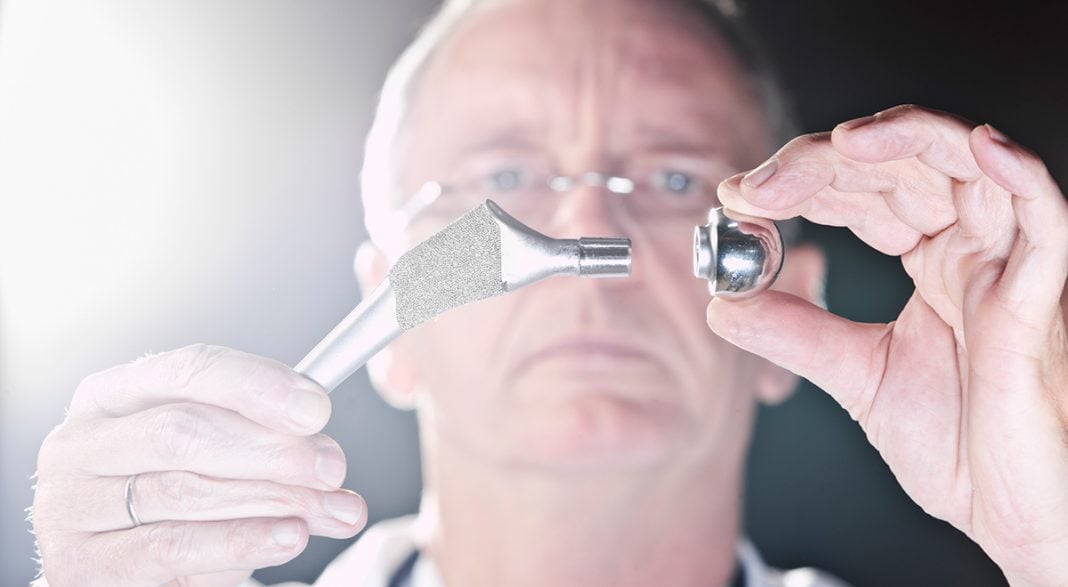 For the third time in five years, Stryker medical has had to recall an artificial hip product due to defective design. That product is known as the LFIT Anatomic Cobalt-Chromium V40 Femoral Head. Affecting all such implants made before 2012, the recall was announced at the end of August of this year. As was the case with similar products, the implants in question have been associated with severe injuries requiring revision surgery and metal poisoning, and once again is resulting in lawsuits against Stryker.

The LFIT V40 was intended to replace the upper end of the thigh bone, or femur – specifically, the top ball-like protrusion that fits into the socket of the hip (acetabular cup). The company identified the defect as being in the taper lock, which is what connects the product to the stem of the femur. These taper locks have been failing at an alarming rate.

The primary problem is that the LFIT V40 becomes separated from the femoral stem. One of the effects is the release of small bits of toxic metals into the surrounding tissue and bloodstream. This causes a condition known as metallosis, which results in severe inflammation and necrosis (“cell death”) of bone and muscle tissue. In some cases, the LFIT V40 fails completely, fracturing and causing the patient’s own femur bone to break. According to Dr. Shezad Malik, the problem lies in the connection between the head of the device and the stem that is inserted into the femur. He says, “There is metal corrosion that is similar to iron rust. This leads to degradation of the head and stem.

Many patients experience symptoms that can be early warnings of impending product failure, including pain, swelling and inability to move. Dislocation and breakage of the device has been known to happen quite suddenly, however, leading to severe pain and incapacitating the patient. Dr. Malik also points out that such breakage may only be the tip of the iceberg. “It could be that there are no symptoms and then the patient needs emergency surgery and finds out the head has been corroding for some time,” he says.

Prior to the recall of the LFIT V40, two previous models – the Rejuvenate and ABG II – were found to corrode, causing small metal bits to become embedded in the surrounding tissues. When those models were recalled in 2012, Stryker stopped all production on those products. Ultimately, problems with the Rejuvenate and ABG II cost Stryker in excess of $1 billion to settle the cases. Earlier, Stryker wound up recalling the Accolade TMZF Hip Stem. There were actually three separate recalls for that product over a four-year period because of packaging errors and manufacturing defects.

One would think that the people at Stryker and its subsidiary, Howmedica, would have learned something by now. Instead, this company and others continue to rush these products to market, bypassing the usual regulatory review of safety data through the 510(k) Pre-Approval process, allowing them to get expedited approval if they can prove the new product is “substantially similar” to one already approved by the FDA. However, the cobalt metal alloy used in the LFIT V40 have now been demonstrated to be unstable and prone to corrosion – something that executives should have known about, if they didn’t already.