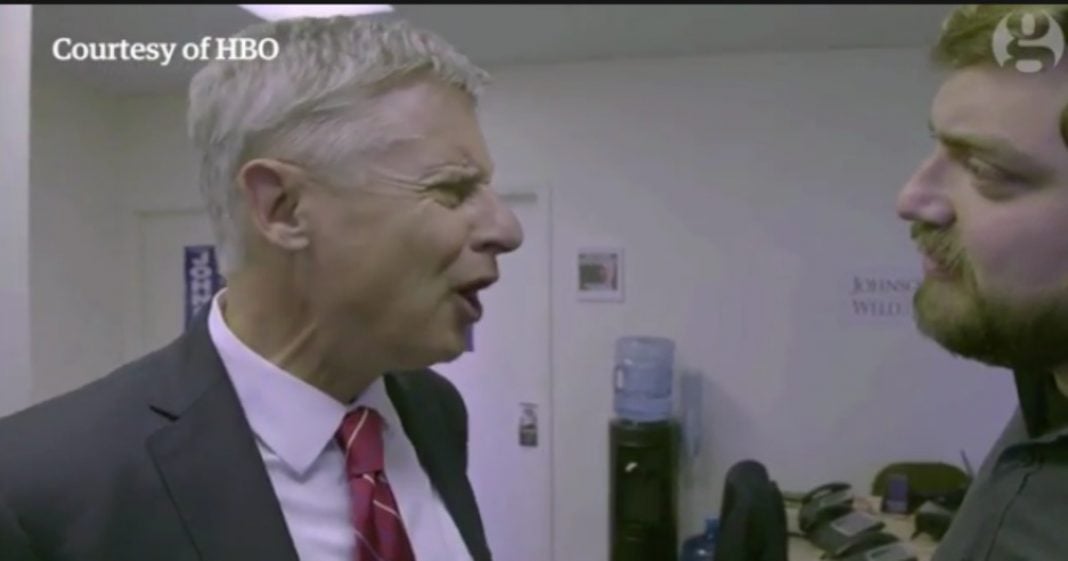 Libertarian Gary Johnson had a bit of a hairy moment during an interview today when he blew up on a reporter who was attempting to ask him some basic policy questions.

Johnson was clearly having a bad day when he began the interview with HBO’s Paul Lewis. Lewis was trying to get the failing Johnson to admit if he would rather support Trump or Clinton, but Johnson wasn’t having that question.

“Boom! I’d blow my brains out. If you’re saying ‘Trump or Clinton,’ is that what you’re gonna say? Yeah, baloney! That’s BALONEY. Don’t ask me that question!”

Johnson’s political career seemed so promising just a month ago. He was polling close to the threshold 15 percent and there were hopes that he might offer a real third-party challenge to the mainstream candidates.

Then his “Aleppo moment” happened – and again, and again. Johnson tried to laugh it all off, but his numbers plummeted.

Now, Johnson’s popularity is far less than it once was. That is likely due to a combination of his political gaffes and the American political system’s usual trends.

But Johnson shouldn’t beat himself up so much. Whether or not he had made those bumbling comments, the Libertartian’s numbers were likely to have diminished as protest voters sided with either Trump or Clinton as things got more serious. Voters may flirt with a third-party vote, but in the current climate, they often choose one side or another.