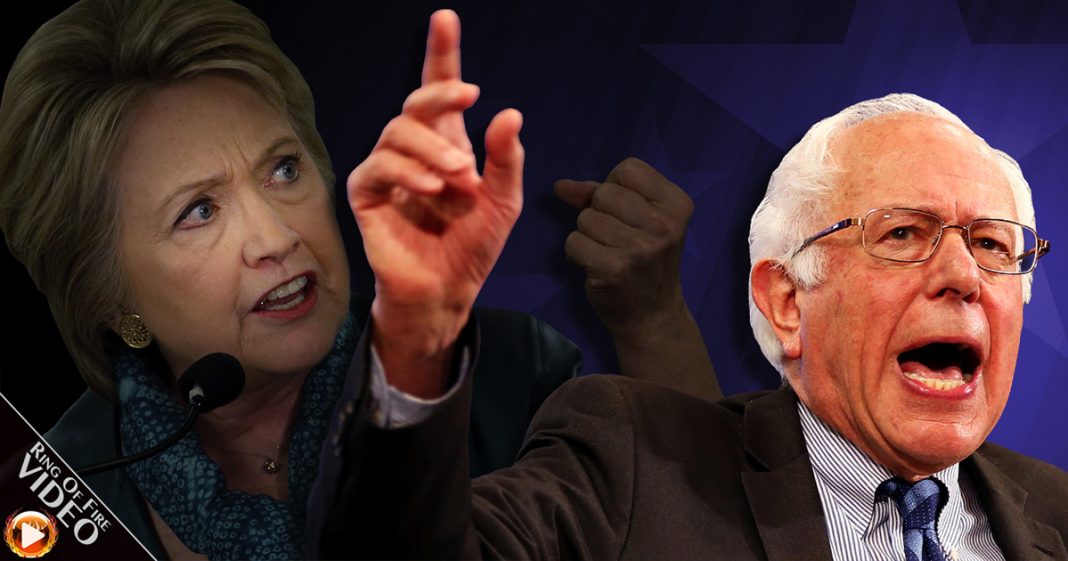 Bernie Sanders has maintained his support for Hillary Clinton, but he’s made it clear this week that he will not be giving her a free pass to nominate corporate, Wall Street Democrats or to bail on her newfound progressivism. And that’s a fight that requires participation from all of us. The Ring of Fire’s Farron Cousins discusses this.

This past summer when Bernie Sanders conceded the race for the Democratic nomination to Hillary Clinton and then said … Well, he came out and endorsed her after that. A lot of Bernie supporters started calling him a sellout, saying that he wasn’t the real deal. This isn’t who he is. From the beginning, we have maintained that that’s not accurate whatsoever. Bernie Sanders is who he is, and this week, he proved it once again by coming out and saying yes, I support Hillary Clinton. I am endorsing her. I like her, but let me tell you, I am going to spend the next four years and beyond holding her accountable, making sure that the promises she’s made, that the evolution that she’s had into a more progressive candidate over the last few months maintains itself when she gets in the office.

He said that he is going to make sure that she does not nominate the same status quo hawkish Democrats, Wall Street Democrats, to positions of power within her administration. He took Paul Ryan’s line about just think how scary it’ll be if Democrats take the Senate and Bernie Sanders becomes head of a committee. He is using that as a positive, because it is. That shouldn’t scare people. That should give people hope. Bernie Sanders will work to hold Hillary Clinton accountable, just like everybody watching this video should. I don’t care if you supported Hillary from the beginning, if you supported her after Bernie dropped out, or if you still don’t support her.

To be honest, I don’t even know which of those categories I fall into. I know it’s not the first one, but I am still, like Bernie Sanders, going to spend the next four years holding her accountable, calling her out when she does wrong, maintaining the line that she has to stay progressive. We have to have a $15 minimum wage. We have to have paid family leave. We have to have affordable childcare. That’s something that we haven’t heard enough about in this presidential election, if anything at all. Those are things that have to be addressed, true progressive ideals. We cannot cut Social Security. We cannot cut Medicare. We can cut military spending to make up for any shortfalls in those programs, but we have to protect the American public.