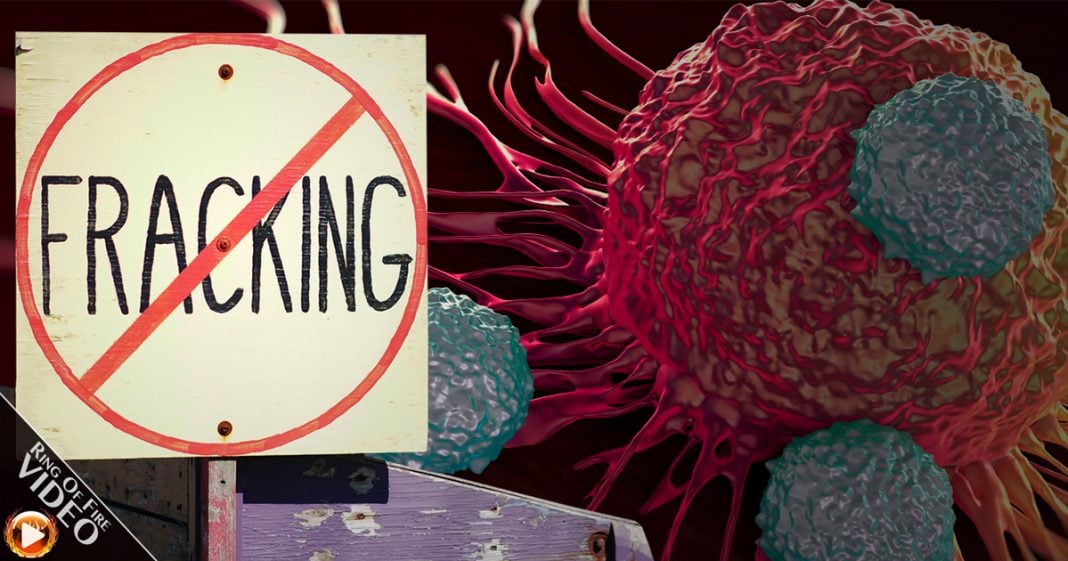 Another comprehensive study has emerged showing the link between the chemicals used in hydraulic fracturing to cancer. But that hasn’t stopped the government from allowing the industry to continue to destroy our country. The Ring of Fire’s Farron Cousins discusses this.

Yet another study has come out linking the chemicals used in hydraulic fracturing to cancer in the United States. Of the 2,000+ chemicals used in fracking, not many of them are known. It’s what’s known as an industry secret, thanks to a rule called the Halliburton Rule instituted, in part, by Dick Cheney. Fifty-five of the chemicals that have been identified, have been linked to cancer. Twenty of those chemicals in this new Yale study, which is the most comprehensive of its kind, have actually been linked to leukemia and lymphoma, just those 20 chemicals. We’re still looking at probably 1,900/1,800 more chemicals in these fracking mixes that they’re pumping into the ground at an alarming rate that we do not what they are. We don’t know what damage they cause to the environment, and even worse, we don’t know what they do to the human body when they seep into the water supply and people begin drinking these fracking chemicals.

Listen to this, 15 million Americans live within one mile of a fracking well. If that’s not scary enough, 650,000 school-aged children go to school within one mile of a fracking well. We’re poisoning them. We’re poisoning them with unknown carcinogens because we’ve allowed the industry to do whatever the hell they want in this country, and they don’t even have to tell us what they’re doing. That’s the scariest part.