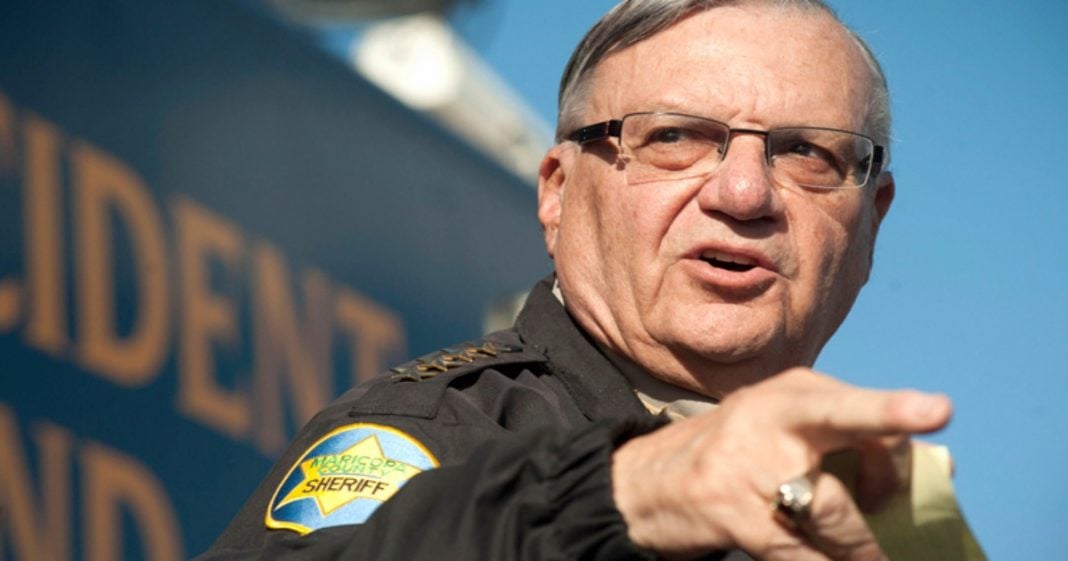 Rather than rewarding his racist and prejudice behavior, the Department of Justice has elected to go after infamously racist Sheriff Joe Arpaio, friend of Donald Trump, for violating a federal order. On Tuesday of this week, Arpaio was officially charged with contempt.

It was announced on October 11th that Arpaio was to be charged with criminal contempt, though the charge was not handed down until this week. The charge was expected to be filed just days after the announcement was made, but clearly there was a conflict of interest that pushed it for two weeks.

The good old boy system has already shown through, and despite his crimes, Arpaio will not be formally arrested and his mugshot will not be taken. Arpaio is expected to contest the charge and has already planned to plead not guilty at his Dec. 6 trial.

Arpaio’s charge comes from his actions in 2011 when he ignored a federal court order barring his agency from enforcing federal immigration law. Arpaio ordered his officers to disobey the federal government and instead, officers in his county continued to practice discriminatory acts on people they believed to be illegal immigrants.

Despite his crimes, “Sheriff Joe” continues to hold a political position in the Republican party, getting frequent shout-outs from Republican nominee Donald Trump. Joe’s racist behavior has been bolster by anti-immigrant sentiment in the conservative party, with many praising him for taking the law into his own hands.

Despite the level of his crimes, the most Arpaio will serve is 6 months – if that. The judge who charged Arpaio with criminal contempt said that his advanced age was motivation enough to reduce the crime’s sentence so drastically.

Regardless, if Arpaio is jailed even for one day, it may send a message nationwide that criminal justice and law enforcement is not for vigilantes or outlaws.

Either way, the scandal from this case come at the worst time for Arpaio who is up for re-election in just two weeks. At this point, he is trailing badly and we don’t expect that this misdemeanor charge will help his chances.