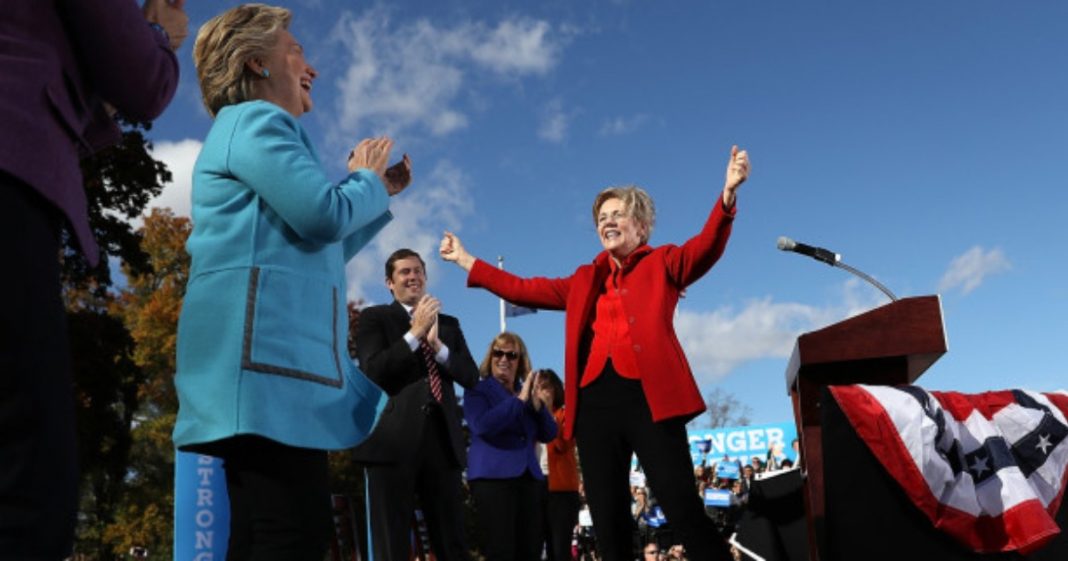 Though many may not be pleased that Massachusetts Senator Elizabeth Warren has offered her progressive image to aid the Clinton campaign, there is no denying that the whip-smart Senator is a major asset for the race.

Appearing together in Warren’s neighboring state of New Hampshire, Senator Warren and Hillary Clinton gave a one-two punch to the Republican nominee.

Latching onto the most infamous line from the third debate, Warren proudly placed herself in the category of “nasty woman,” and said that it was women who didn’t behave that would be taking the presidency from Trump.

While it is surely wishful thinking to believe that Trump’s defeat in November will mean that none of us will ever hear from him again, the rhetoric from Warren is exactly what this election needs.

While we celebrate Warren’s strong stance against Trump, we truly wish that her expert attack-dog skills had been used as the Democratic nominee. In another world…