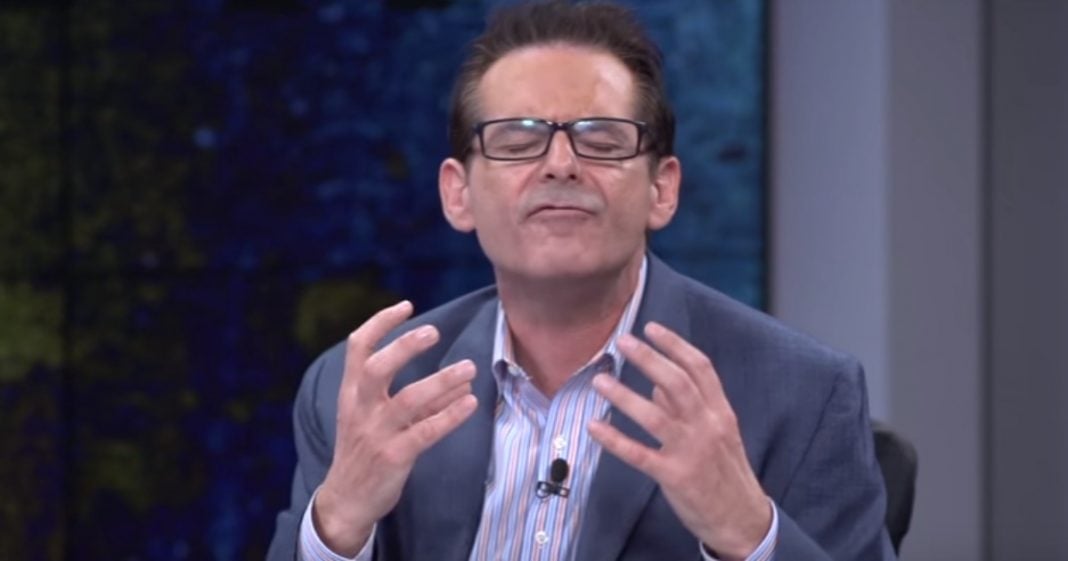 While establishment Democrats are much too content to beat the drums of war in order to distract Americans from the scandal of the Wikileaks, progressives have got to be vigilant and not get swept up in the saber-rattling and fear-mongering.

The Young Turks have done an excellent job of calling out the Democratic party on its cold war-esque treatment of Russia.

On Saturday, Jimmy Dore and other hosts of the show did just that, nothing that the media has repeatedly ignored the contents of the Wikileaks in order to focus on the narrative that Russia is trying to sway the election – an unproven theory.

Fellow host Richard Eskow – who was once a contributor to the Sanders campaign – shared a bit more information about just how unsubstantiated the claims against Russia are.

“It really, really bothers me to see so many self-described progressives mindlessly repeating this Cold War inflaming rhetoric, just so they can win an election. I’ve talked to Russia experts… One, we don’t know exactly where these leaks are coming from. I’ve had self-described progressives say to me that the National Security Agency and the Defense Department say the Russian government is behind it. We don’t have a 75 year history of those people lying through their teeth to us in order to inflame wars? We don’t have to go there. This election can be won without creating problems that will last decades.”

Is the Democratic party truly willing to damage relations with Russia in order to try and distract the nation from their own corruption? Never before have Progressives been so distant from the party they once loved.