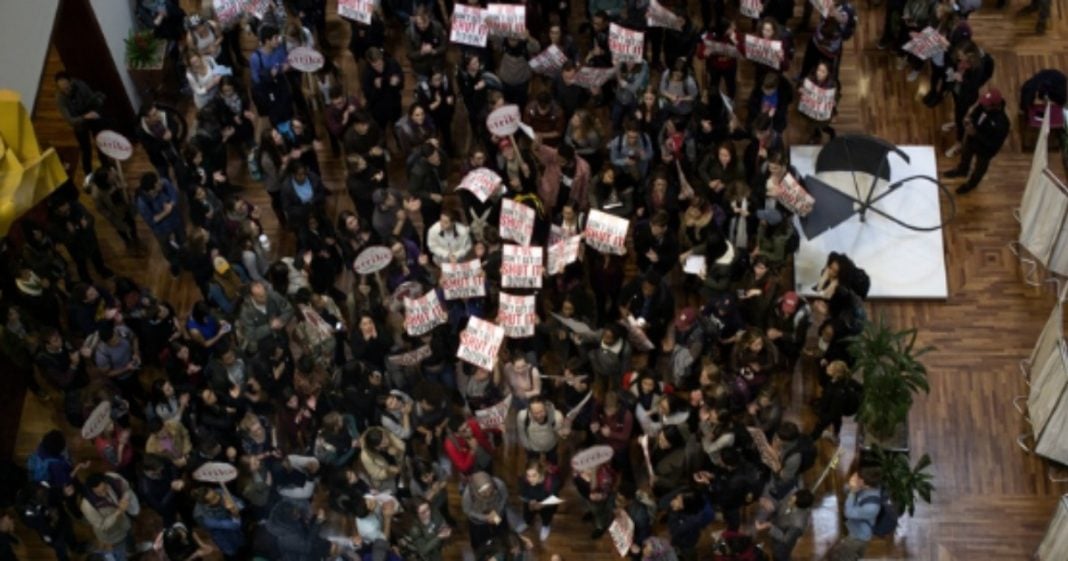 A protest being held by dining workers at Harvard University has come to a tentative end on Tuesday after hundreds of students joined the picket.

Dining workers at the academic institution had been protesting for three weeks before they were joined by students. Workers were demanding that the university increase their wages and keep their current health benefits – reasonable requests.

On Monday afternoon, around 500 students walked out of class to join the protest, chanting words of support for the union and calling on the university to use their tuition in better ways.

The protest reached a peak over the weekend in a 1,000-person march. On Monday morning, the Boston Globe’s editorial board called on Harvard to meet the union’s demands.

The student-joined protest on Monday resulted in a tentative agreement between the university and the union representing the dining workers. Though the agreement is not yet set in stone, representatives for the union say that they are pleased with the outcome.

After negotiations were reached on Monday evening, one of the dining room service workers, Aaron J. Duckett, addressed the group of students who had devoted their Monday to assisting the cause.

“The specifics we can’t get into… but we have a little bit more work to do upstairs right now. I feel like we’re on the right path.”