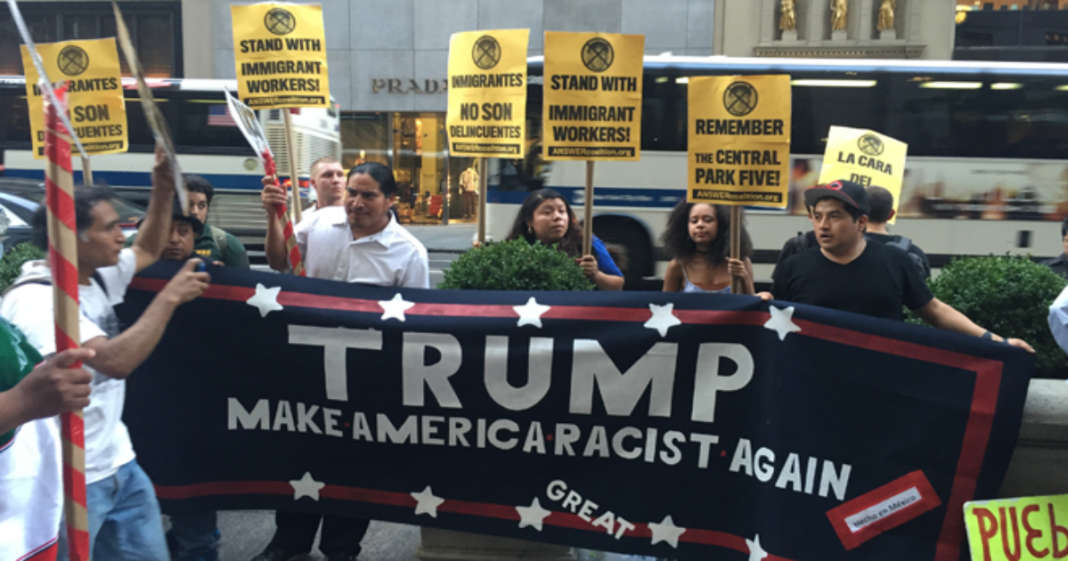 Since Trump began his campaign complaining about rapist Mexicans and vowing to build a wall to keep said rapists out of pure, white America, it was made clear early on that the Republican nominee was no friend to the Hispanic community.

Nevertheless, we could never have estimated the amount of motivation the Latino/Latina community was experiencing until early voting numbers began to roll in.

In Florida, on the very first day of early voting, the Clinton campaign reported a wholly unprecedented percentage of Latino support, noting that the party was experiencing a 99 percent increase from 2012 at this point in the race. Though early voting has just begun, the number of absentee and mail-in ballots formed this substantial increase.

Previously, Florida’s Hispanic community was often fairly split between Democrats and Republicans, depending on their ethnicity, but Trump has become the unlikely unifier.

In Texas, much the same thing is occurring, but the numbers are coming from voter registration lists.

According to the Texas Monthly, there are 532,000 more registered Hispanic surnamed voters in 2016 than there were in 2012. While registration isn’t a direct indication of voter turnout, this is not an unsubstantial number – especially in a formerly red state that is turning a bluish shade of purple.

Similar to Florida, Republicans could once count on a substantial portion of Latino votes in Texas – in 1998, Governor George W. Bush won as much as half of the Latino vote in the state – but with Trump’s frequent anti-Latino comments, very few Hispanic Americans are hoping to “Make America Great Again.”

In recent weeks, Clinton has closed the gap between herself and Trump in Texas into the margin of error, but turning the state to a Democratic candidate would be a historical moment.

In both these major states and across the rest of the nation, a strong Latino turnout for Clinton will mean that Democrats have likely taken the voting block for the next several elections.

If we as a nation do defeat Donald Trump by a humiliating percentage, we will have the people of color in our nation – especially women of color – to whom we owe a debt of gratitude.