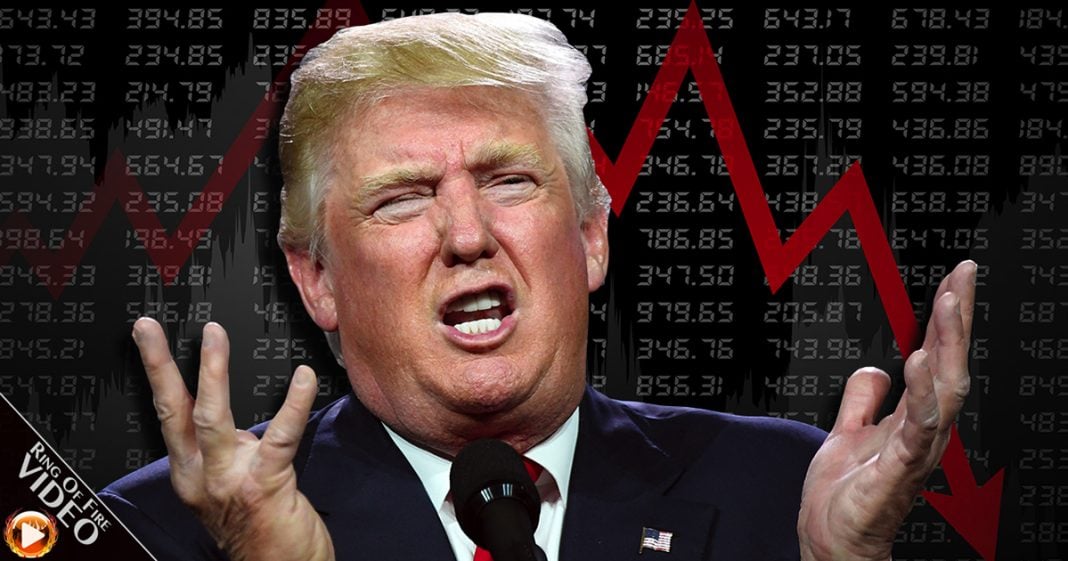 Donald Trump is tanking in the polls, but don’t tell the man himself about it. He still believes that he has a shot at winning this election, and he continues to claim that the media is rigging these polls for Hillary. The Ring of Fire’s Farron Cousins discusses this.

Donald Trump seems to be living in some kind of alternative reality where he can look at how horrible his poll numbers are and still believe that he is competitive in this presidential election. According to the latest polls Donald Trump is down nationally by 12 points. That is the largest gap between presidential candidates since the 1990’s. We have not seen this kind of gap with 2 weeks to go until the election in more than 20 years. That is how horrible Donald Trump is doing. He is losing the female vote 55 to 35%, a 20 point gap. Again, one of the largest we’ve seen in decades.

Now, all of this is not surprising. Anybody who’s watched Donald Trump’s debate performances could have seen this happening. Everybody predicted it. We knew this campaign was in self-destruct mode for the last month, but here’s the thing. This 12 point gap 2 weeks ago, it was a 3 point gap. Hillary Clinton has opened up a 9 point larger lead in 2 weeks, and we still have 2 weeks to go. Even if Trump closed that extra 9 points, he’s still losing. Don’t tell that to him. Oh God no. He still believes that he is competitive, and he still thinks that he is going to win among female voters.

What’s really going to hurt Donald Trump is that this year the United States is expecting a record turnout of Hispanic voters. Donald Trump again losing that demographic as he is with the black vote, the millennial vote, pretty much every demographic other than elderly white poorly educated men. Even a lot of the billionaires are starting to go over to Hillary Clinton’s corner because they know that Donald Trump is a loser.

It’s funny to laugh at Donald Trump in this situation because we can, because we know that he’s not going to win, and America’s not going to go to hell immediately after this election. That’s not to say that Hillary Clinton’s going to be a great leader. That’s not to say that she’s not going to get us into un-winnable wars. It’s just saying that at least we can rest easy seeing that Trump’s campaign is going to continue to implode because this man refuses to acknowledge the reality that is crashing down all around him.