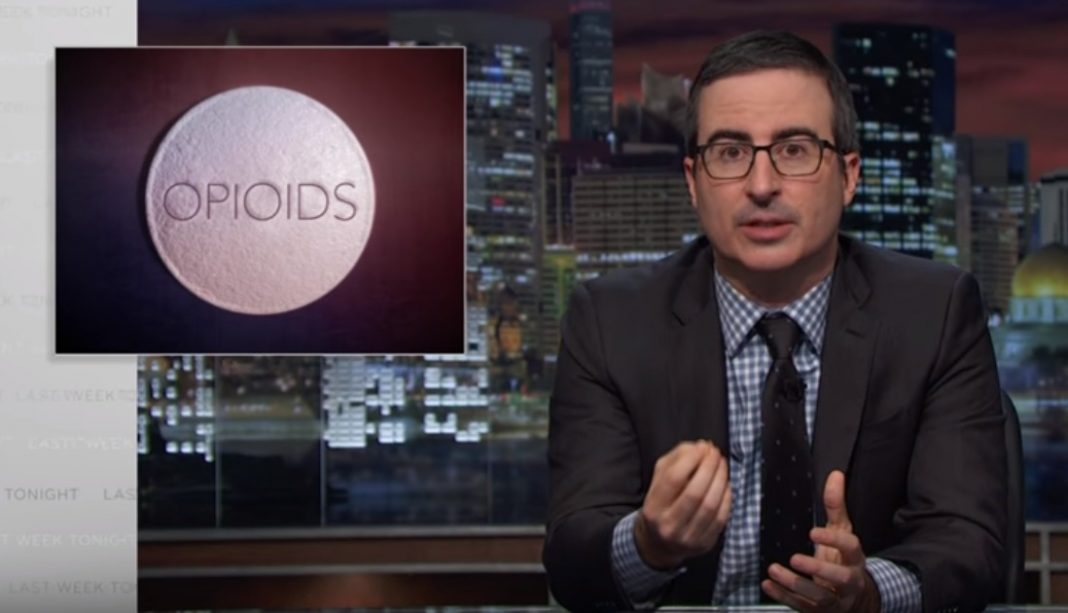 Though we can usually depend on “Last Week Tonight” for a bit of a dry laugh, what host John Oliver does best is delve into a complex issue, breaking it down for the layman.

This week’s edition of “Last Week Tonight” looked at a major issue in America today: Opioid addictions and the heroin addictions they often lead to.

Oliver notes that those who are addicted to prescription pain pills become so not just from recreational usage, but from following the prescription given to them by a doctor for a legitimate reason. And once they are addicted, they often move onto cheaper, easier to obtain heroin.

Oliver plays a troubling interview with a group of recovering addicts who shared their downward spiral from prescription painkillers to heroin. They share their personal stories of being so desperate for a hit that they break their bones and even have teeth pulled in order to obtain a prescription.

America’s issue with prescription pain pill addictions and heroin addictions are no minor matter: in just a year, overdoses from the drugs caused nearly 30,000 deaths nationwide. That shocking number is due in no small part to the massive 250 million pain pill prescriptions written out by doctors each year.

As Oliver notes, this is not an isolated incident. This is happening everywhere. Likely you know someone suffering from an opioid addiction – you may even know someone who has lost that battle and died of an overdose.