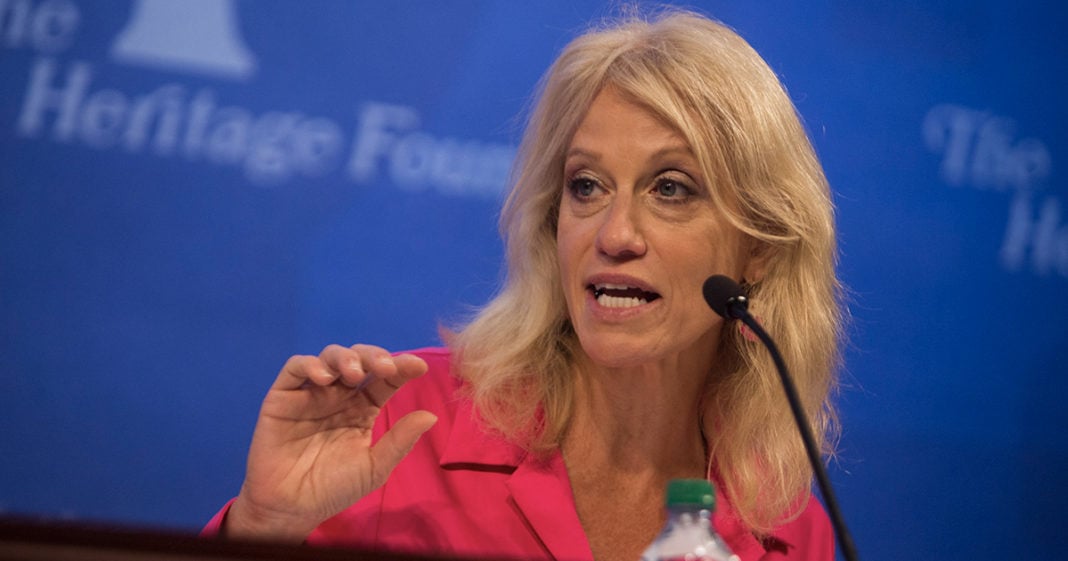 We’ve almost made it. Just two weeks left. We can do this…

But wait, Trump campaign manager Kellyanne Conway said over the weekend that she and the rest of the Trump campaign are gunning for an additional presidential debate?!

Now, we knew the Trump campaign hated people in general and felt their best when distributing sadness and misery upon the world, but we never thought they would be this cruel.

Speaking to John Catsimatidis on his online podcast on Sunday, Conway said that she hoped that the debate committee could squeeze in a fourth presidential debate.

“I wish there were more debates, frankly.”

Conway was apparently not pleased with the outcome of the three debates, so we’re not sure what she thinks Trump would do differently next time, but we just know we aren’t having it.

Though the Trump campaign and his supporters like to pretend that they are doing just fine and those polls are all rigged, thank you very much, Conway clearly showed her hand in this desperate ploy for more attention.

“So I really feel like the country benefits from those type of forum and we’d be willing to do another one if somehow they can squeeze it in.”

No, Kellyanne, we can’t squeeze it in. We can’t and we won’t.