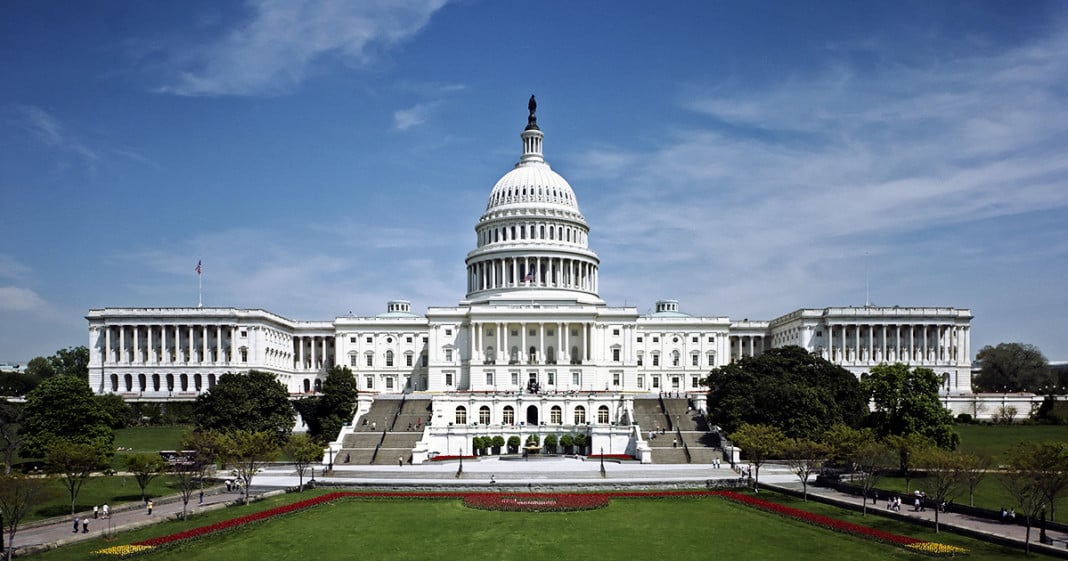 The good news: Donald Trump is going down as Hillary Clinton appears ready to win the White House by a substantial margin.

The better news: Trump may wind up taking a lot of GOP down-ticket candidates with him. This means Clinton would have Democratic majorities in Congress. It sounds like a dream come true after a nightmare of gridlock and obstruction that has gone on for far too long – but how realistic is this scenario?

As is the case of so many things in life (and politics in particular), the answer is far from simple. There are a number of factors coming into play, not the least of which is a system that requires a party to have a “super majority” (60%) in order to be able to advance its agenda without problems. In order for that to happen, the Democrats need to win thirty seats in the House – which includes a number of seats now held by Republicans. This is not a foregone conclusion, but has Hillary Clinton’s lead over rival Donald Trump continues to grow, the chances of that happening get better.

One of the factors involved is known as the “coattail effect.” What this means is that when a Presidential candidate is popular with voters, those voters will tend to choose candidates of the same party. This has happened in five elections over the past 70 years: Harry Truman in 1948, Dwight Eisenhower in 1952, Lyndon B. Johnson in 1964, Ronald Reagan in 1980 and most recently, Barack Obama in 2008. That coattail effect can work to the detriment of a candidate as well; for example, during the election of 1964, Republican Barry Goldwater lost by a huge margin, winning only six states (all in the Deep South except for his home state of Arizona). As a result, dozens of GOP Representatives were voted out of office, which gave LBJ a comfortable majority in Congress.

Then, there is the other side of the equation: voters who seek to maintain checks and balances by voting for Congressional candidates of the opposition party. These voters may support the front-running Presidential candidate, but then will choose candidates of the other party in down-ticket races. The more the results of a Presidential election becomes a foregone conclusion, the more this type of “balancing” happens.

Currently, based on a New York Times analysis of top polls and ratings from various organizations, Hillary Clinton has a 92% chance of winning next month’s election. Furthermore, there is a 68% chance that the Democrats will take back the Senate. However, as always, the devil is in the details. A Los Angeles Times analysis indicates that in addition to winning the Presidency, the Democrats will have to keep the Senate seats they have and pick up four more. Two GOP Senate races – in Illinois and Wisconsin – are likely to flip. However, six Senate races in Indiana, Missouri, North Carolina, New Hampshire, Pennsylvania and Nevada are currently too close to call and could go either way.

The House of Representatives is another matter. There is another factor involved, and that is the large number of voters who don’t usually pay much attention to down-ticket races, and who generally come out only during Presidential elections. As Clinton’s lead in the polls grows, there are voters who will simply vote straight Democrat (it’s easier that way). On the other hand, there are Republicans who support Clinton (such as former President George H.W. Bush) for no other reason than they cannot stomach the idea of a Trump Adminstration. Yet, these same GOP voters are most likely going to vote for Congressional candidates of their own party.

The Democrats have one other challenge when it comes to House races, and that is the fact that their voters are heavily concentrated in metropolitan areas – meaning there are fewer districts. Furthermore, there are GOP representatives from more rural, less densely-populated districts who have been firmly entrenched for decades. Chances are, they won’t be going anywhere. And, as Thom Hartmann has pointed out, everyone complains about Congress – but they tend to love their own Representatives.

Still, Professor Gary Jacobson, who teaches political science at the University of California San Diego, calculates that a slim majority of the electorate – 53% – wants to return control of Congress to the Democratic Party.

We can only hope, because without solid majorities in both Houses of Congress, President Hillary Clinton is likely to face obstruction that will make Obama’s last term seem like a love-fest between the Executive and the Legislature.