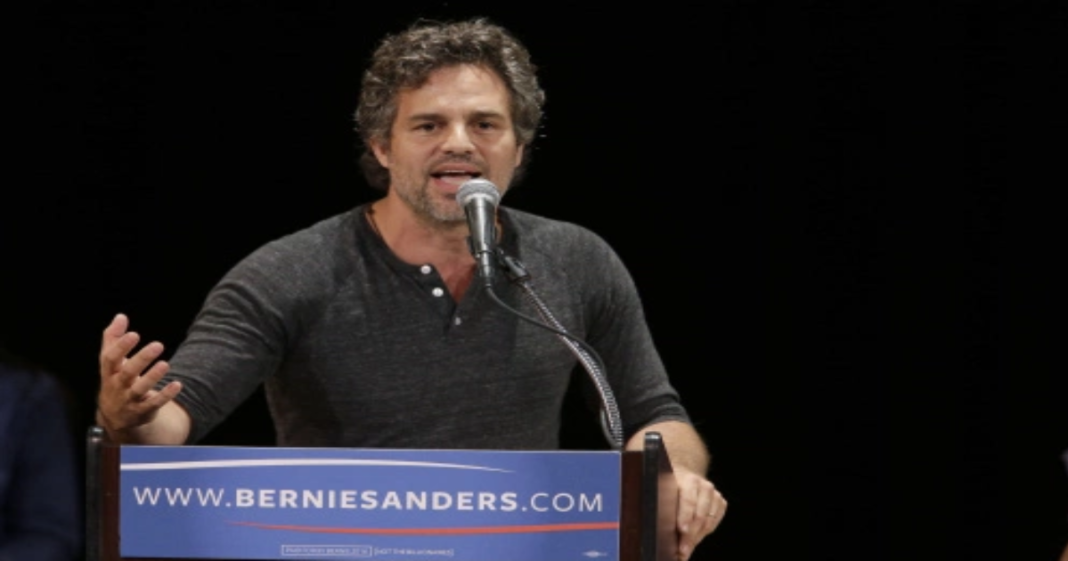 Mark Ruffalo has been one the most outspoken actors in the national conversation concerning climate change, and on Sunday, he spoke out further when he called President Obama “immoral.”

Confirming what we have said before, Ruffalo called the president out for his hypocrisy by allowing fracking to continue nationwide while he calls himself some sort of climate preservation leader.

“President Obama, it is it immoral for you to keep drilling in our state lands, in our federal lands, off our federal waters, while at the same time calling yourself a climate change leader.”

Ruffalo made this strong statement while addressing the attendees of the LA Climate Rally over the weekend. Ruffalo was accompanied by other outspoken celebrities including Shailene Woodley and Susan Sarandon.

Ruffalo’s venture into the political and social arena began around the time that Senator Bernie Sanders gained prominence. Ruffalo and others who have now joined this movement were originally inspired to do so by their support of Sanders.

It’s true that the president has been arguably one of the worst in modern history for climate change by harming U.S. soil and placing the planet in further danger. At the same time that he attended Paris climate agreements and signed treaties with global partners, he has pushed for disastrous trade deals, allowed the continued development of pipelines, and encouraged additional fracking.

The president has also remained silent concerning the NoDAPL protests occurring across the Dakotas. Despite dozens of protesters being arrested – many of those native peoples trying to protect their land – the president has not said a word, nor demanded that his police forces stand down.

Ruffalo really chose his words carefully when he accused the president of being immoral – while he parades himself a liberal champion, he is sorely lacking the moral fiber we expected. In many other ways than this, President Obama has truly let us down.

You can read more about Ruffalo’s comments at The Guardian.