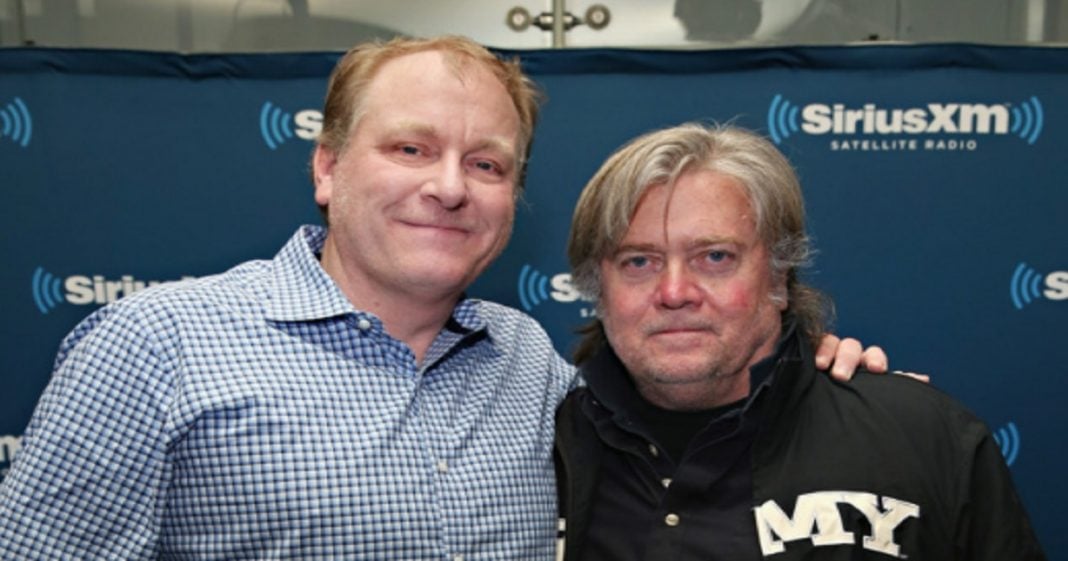 Curt Schilling is a man of many different hats – most notably, a baseball cap. But two weeks ago, the former Red Sox pitcher announced his candidacy for the Masachusetts Senate Seat currently occupied by progressive Elizabeth Warren.

Since that announcement, we haven’t heard much about Schilling except that he openly asked reporter Jake Tapper how he and other Jews could possibly be Democrats considering the Republican party’s clear pro-Israel stance.

Then on Sunday, Schilling held a rally which drew a whopping 12 attendees – not a good sign for the man who hopes to unseat wildly popular Warren.

And now, it has been announced that Breitbart CEO Steven Bannon is giving the former baseball star his own show on the network. Apparently the Senate run was just a sad PR stunt? Breitbart was clearly not bothered by Schilling’s complete lack of support.

Breitbart is set to announce Schilling’s show on Monday.

It’s truly insulting to Warren that she wasn’t given a more formidable foe, but at least we need not worry that we will lose our most dedicated progressive champion to a clueless jock.

You can read more about Schilling’s upcoming career move in the New York Magazine.