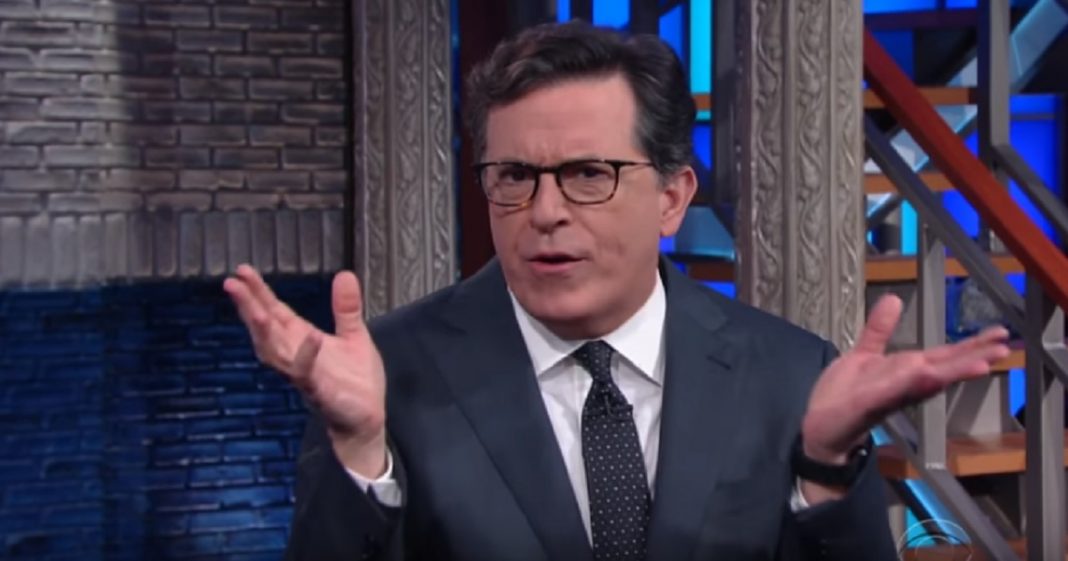 If you weren’t aware, there is a pretty popular theory among those who know these sorts of things that Trump’s ultimate end goal isn’t the White House at all but rather his very own television network, Trump TV.

The evidence is everywhere that Trump never truly intended to become president, and he has done an expert job this election season to make a large swath of the American population completely distrust and reject every current media outlet. What could be better than your favorite candidate giving you your favorite new news?

Of course, the media mogul is going to need some help coming up with television show ideas – that’s where comedian Stephen Colbert comes in.

On Friday’s “Late Night,” host Colbert discussed the popular theory of Trump TV before lobbing a well-timed jab at the success of Trump’s other business ventures.

“The Trump TV rumors might be true because on Wednesday night he live-streamed their own debate coverage under the head #TrumpTV. This is exciting a brand new Trump business venture — although this was 48 hours ago, and it it might have gone bankrupt already.”

Colbert then proposed what he believes should be the very first two shows on Trump TV: