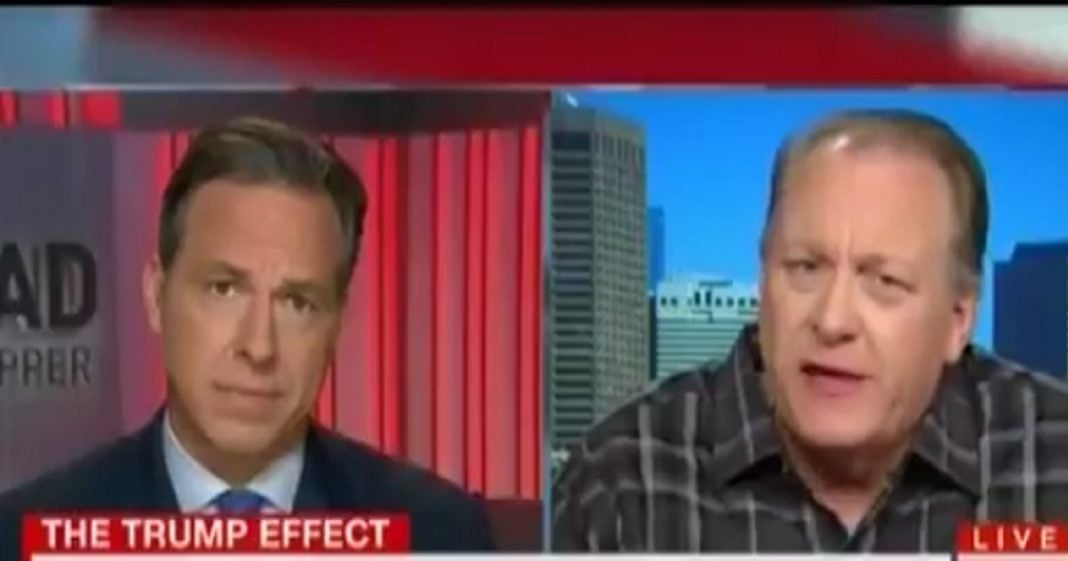 His announcement came during an interview with CNN’s Jake Tapper where Schilling went on a bizarre rant concerning members of the Jewish faith and their political affiliations.

Tapper was clearly a bit stunned to be asked such a strange question during the time when he is meant to do the interviewing. He responded that while he cannot speak for all Jews, it was likely that many who supported the Democratic party prioritized the Israel issue less than they did support for social programs and the like.

Just another amateur go-getter with no plan, inspired by the Trump campaign.