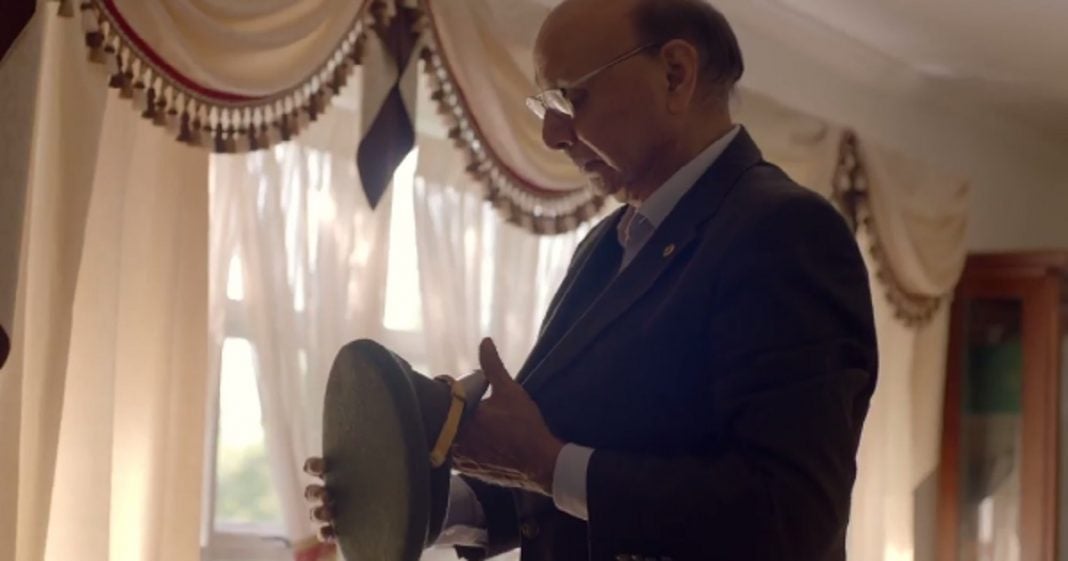 With just 18 days left until the election on November 8, the final blows against Donald Trump are being issued in political ads all over the country. One of the most effective of these is by Khizr Khan, the father of an American Muslim soldier who gave his life to save his fellow brothers-in-arms.

Khan’s ad was released on Friday morning, and though it is paid for by the Clinton campaign, Mr. Khan’s pain and his son’s story is the only thing being shared.

In the ad Khan shares the story of his son, Captain Humayun Khan, a brave soldier who gave his life for his country. Captain Khan was serving in Iraq when he stopped a suicide bomber from attacking his unit, saving dozens of soldiers.

Earlier in the election, Trump and Khan entered into a major feud after Khan condemned Trump’s anti-muslim rhetoric. Trump’s behavior during that conflict was a major blow to the candidate’s favorability.

Since then, Khan has tried to stay out of the public eye, but this ad was a worthy reason to come back.

At the end of the ad, Khan appears glossy-eyed, asking Trump a simple question.

“I want to ask Mr. Trump, would my son have a place in your America?”

Khizr Khan, father of a fallen Muslim American hero: “I want to ask Mr. Trump: Would my son have a place in your America?” pic.twitter.com/2ZePQ36nIg