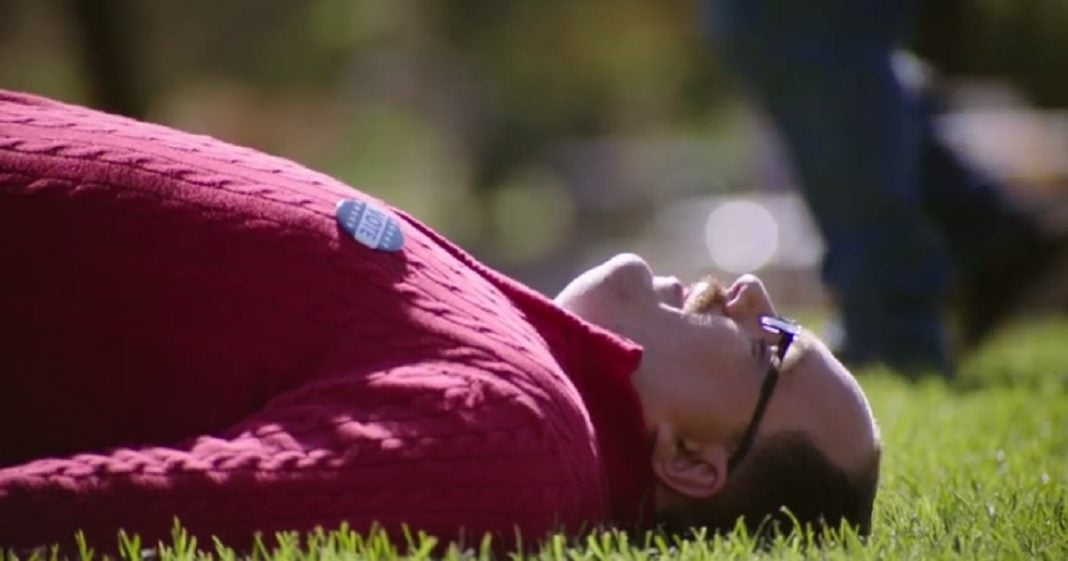 2016 is already a raging dumpster fire, so why not throw on a bit of pointless meme fame as additional tinder?

Ken Bone’s 15 minutes of fame are long over, but it appears that his brand is just getting started. Cashing in on the red Izod sweater he happened to be wearing when he took America by storm, the undecided voter has teamed up with the clothing company for an attempt at an inspiring political appeal.

In the video aptly titled “Ken Bone’s fifteenth minute,” Bone and his wife share their struggles with the sudden fame.

Bone makes no bones about it (come on), and he is clear that he does not have any delusions about his flash in the pan becoming lasting fame. But while he’s got America’s waning attention, he wants to make one thing clear:

Americans should get out there and vote and make their voices heard.

Of course, considering Bone’s fame comes from his complete inability to choose between the two candidates (and therefore his apparent ‘meh’ feelings regarding the slew of offensive things Trump has said and done), this quasi-inspirational message is a bit rich.