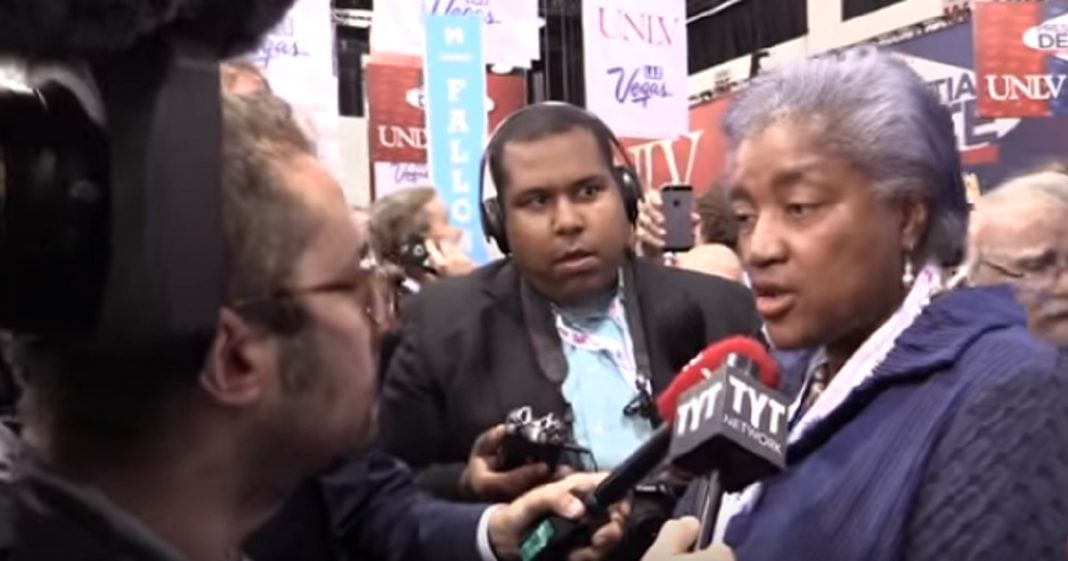 Attending the final presidential debate as a member of the media, The Young Turk’s Jordan Chariton got the rare opportunity to pose a question important to progressive voters to the interim DNC Chair Donna Brazile.

Brazile, who was selected to serve as DNC chair when Debbie Wasserman Schultz stepped down after the Democratic National Convention, was one of the many Democrats implicated in the recent slew of Wikileaks releases.

Brazile’s implication in the emails were before she was chair, and involved her emailing Clinton a planned CNN town hall question before the event took place. Candidates are not meant to know the questions of their debates and political events beforehand, and this assistance of Clinton on lends to the idea that the primary was rigged against Senator Bernie Sanders.

Chariton attempted to ask Brazile about this major revelation, but stuck to party lines by fear-mongering about Russian involvement in the leaks instead.

The TYT reporter did his best to try and hold the chair accountable for her statements, but she continued to deny and deflect.