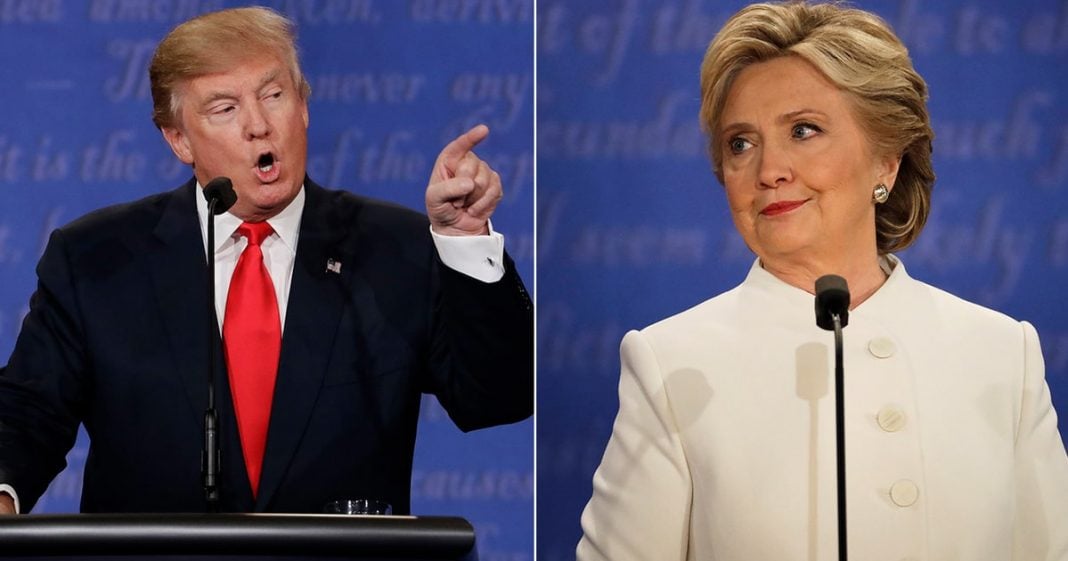 At the final presidential debate, it was clear as day that Donald Trump was bound and determined to keep his cool throughout the entire 90 minutes, a promise he had no doubt made to his daughter and campaign officials. But a tiger cannot change its stripes, and Donald just can’t resist an opportunity to argue against any perceived slight.

Trump kept his cool through topics of abortion and building the wall, though his veneer of calm began to crack when his record of supporting the Iraq war was brought up and he bellowed “wrong” into the microphone, interrupting his opponent.

But it was when Clinton brought up her plans for social security and jabbed at Trump that he may try to wriggle his way out of paying that as well that he lost it.

Clearly wishing he could say more colorful statements, Trump contorted his face and spat out,

“You’re such a nasty woman.”

Of course, the internet took that phrase and ran with it, and just hours later, the Clinton campaign bought the URL for NastyWomenGetShitDone.com, which redirects to Clinton’s campaign site.

As we have seen before, debate expert Clinton is particularly skilled at getting unprepared Trump to walk face first into her traps. He may have felt strong and important calling Clinton names, but once again, she has come out on top.