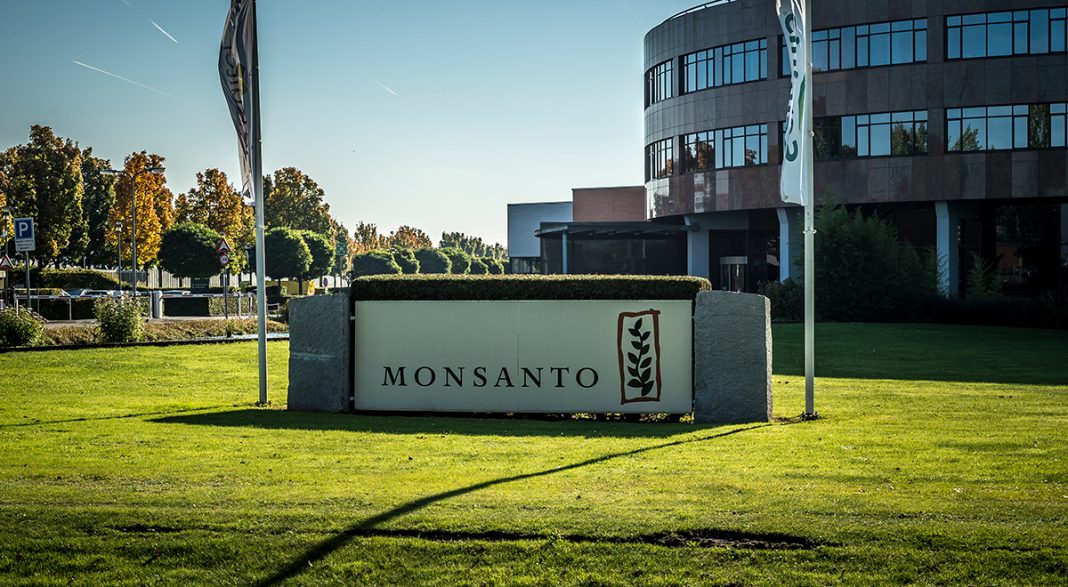 There was a major event involving Monsanto and products such as Roundup and Agent Orange over the past weekend that got virtually no mention in the U.S. corporate media. On Friday, October 16th, a group of thirty farmers, scientists, activists and legal experts gathered in The Hague, Netherlands for the purpose of putting the transnational corporate agribusiness giant on trial for “crimes against nature and humanity” as well as charges of “ecocide.” The tribunal, which was announced in Paris last December, included representatives of organizations such as the Organic Consumers Association, Regeneration International and Millions Against Monsanto.

The group of thirty witnesses presented their case before a panel of five judges from around the world, describing the extent of environmental damage caused by the use of Roundup, Agent Orange, and patented GMO seeds. One witness gave testimony on the ways in which Monsanto has been destroying ecological diversity, comparing its patenting of seeds to imperialism and colonization. Another, a Mexican farmer named Feliciano Ucam Poot, said, “Before the introduction of glyphosate and other agrochemicals, I did not see our people suffer from sickness like this.”

The bad news: the tribunal was largely symbolic. The five judges presiding over the ongoing hearings are recording all allegations and will be examining the evidence over the coming weeks. They are expected to release their findings sometime in December. However, any rulings in this case will not be legally binding and will have no immediate effect on controlling Monsanto’s behavior. However, the evidence that is found will be useful in pursuing legal actions against corporate polluters going forward. French Greenpeace activist Arnaud Apoteker, who has been leading the battle against GMO crops in Europe for the past several years, points out, “Although this [tribunal] is not legally binding, it is legally sound…witnesses were presenting real cases to real judges. The lessons from this event can be used in ensuing local battles.”

While the tribunal heard testimony against Monsanto, another group – a “People’s Assembly,” consisting of representatives from all over the globe, met concurrently in order to come up with solutions to the ecological problems wrought by corporate agriculture and the use of toxic fertilizers, herbicides and genetically modified seeds. So far, the biggest obstacle to holding corporations accountable is being heard above the din of Big Money’s influence over government. Former Bollywood actress Farida Akhter, now head of Bangladesh’s Policy Research for Development Alternatives (Unnayan Bikalper Nitinirdharoni Gobeshona in Bengali, or UBINIG) acknowledges that any challenges to global industrial polluters will have to come from the bottom up. “We should fight for ourselves. Nobody is free from danger if our food is toxic,” Ms. Akhter points out.

Of course, Monsanto and its partners in eco-crime argue that such chemical herbicides and GMO seeds are necessary in order to feed a growing world population. But is this necessarily true? Not according to Hans Herren, a Swiss agricultural scientist and winner of the 2013 Right Livelihood Award for his work on alternatives to pest control in Africa. He says, “By producing less waste we can feed 10 million people. We need to make more health per acre, not calories per acre.”

While the tribunal deliberates and evaluates the evidence against Monsanto, Greenpeace has come up with a list of 12 things that everyone can do in order to take back control of our food supply.