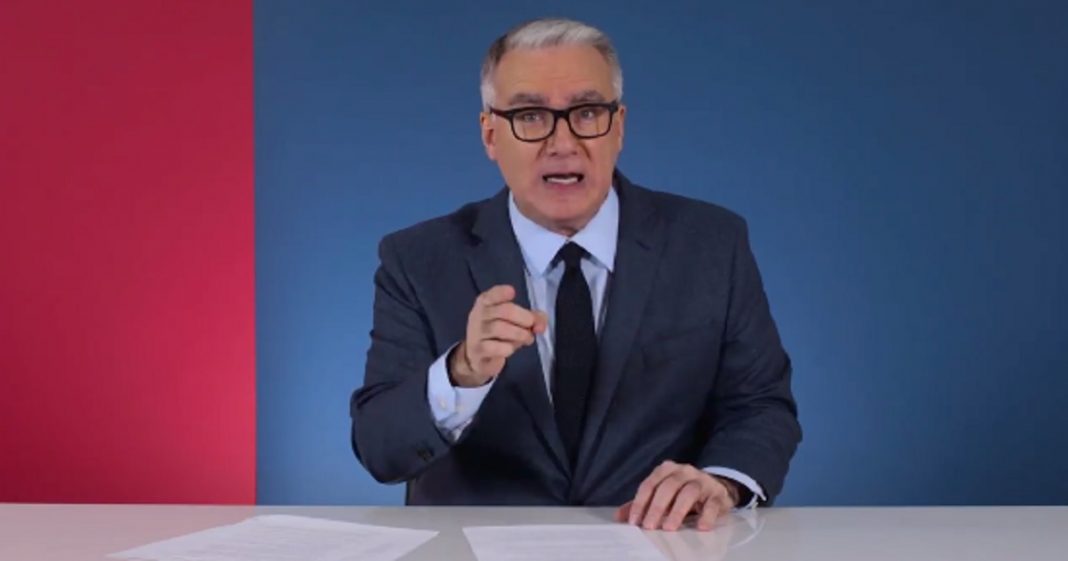 Let other pundits offer level-headed condemnations of Trump’s policy ideas and let the mild-mannered commentators ‘tsk tsk’ about the sexual assault language he brags with. As for Keith Olbermann, the unchained progressive commentator has lost every last bit of decorum and good sportsmanship when it comes to Trump.

During his most recent online video posted in partnership with GQ, Olbermann trembled with rage as he declared that Trump should take a long walk off a short pier.

Olbermann was of course responding to the final presidential debate in which Donald Trump said that he would not outright agree to step aside peaceably in the event that he loses the election. Treating the gravely serious issue flippantly, Trump childishly declared that he would keep America in suspense about whether or not he would concede to Clinton when the time came.

He continued with a destructive tear-down of the candidate, but his opening remark makes it clear just where he stands.

Olbermann then went on to delve into the history of Trump’s loyalty to the election process, noting that at the first debate, he told moderators that he would conceded if he lost. Since then, he has repeatedly waffled and left pundits and the American people in the suspense he so adores.

If you’re as pissed off about this election as you should be, let Keith Olbermann be your voice, and your jabbing, furious finger.

After he subverts the sanctity of our elections – again – my message to @realDonaldTrump: Burn. In. Hell. pic.twitter.com/q2gvPAgq9P