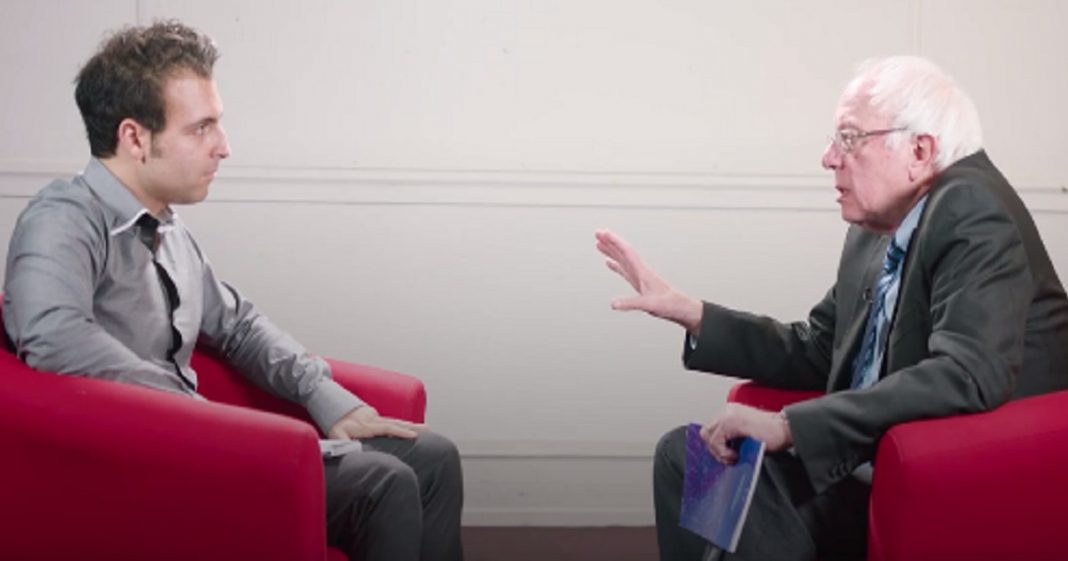 In an exclusive sit-down with NowThis Election, Bernie Sanders shared his thoughts at this point in the election, reflecting on his own campaign and looking forward as to where “our revolution” is headed now.

“We lost the election. We made history and we ran perhaps the most consequential campaign in the modern history of America. Ideas that at one point were thought to be crazy and fringe are now incorporated in the Democratic National Platform. And millions of other people did that because you stood up and you fought back, and you told the world that it will be the American people who run our country, not a handful of billionaires.”

Bernie truly cuts to the heart of the impact his campaign has had: despite what is considered to be a loss by most, so much was accomplished that would not have been had Sanders not ran for president, and if millions of progressives hadn’t stood behind him.

This is your revolution, and it’s just getting started.