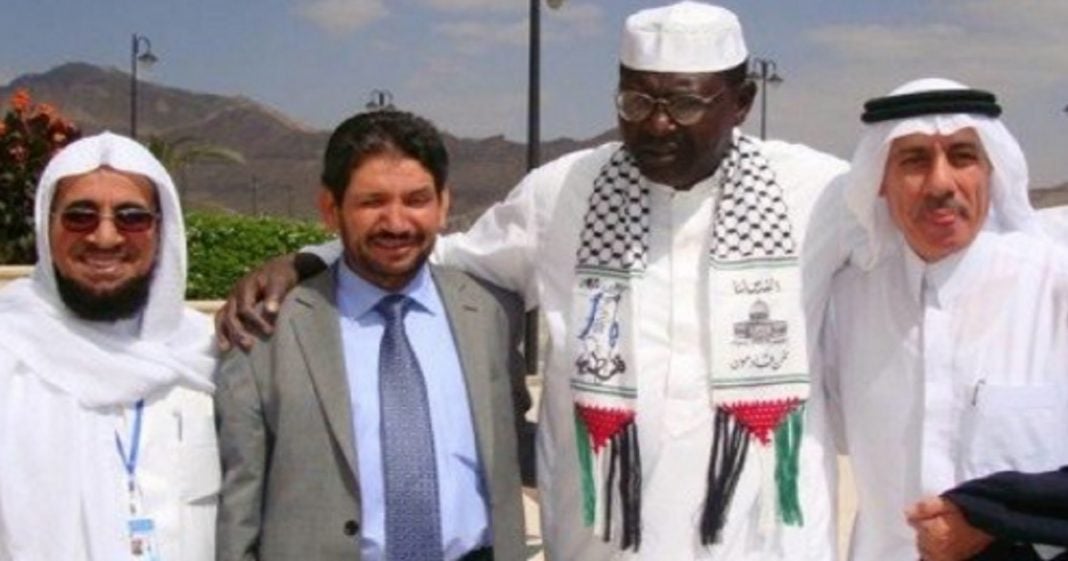 Donald Trump may have thought he would ruffle some feathers by inviting President Obama’s half brother Malik Obama to the final presidential debate, but he apparently didn’t do much research before making the decision.

Based on newly released information, the newly invited Obama has a very dark history of associating with terrorist groups and lining up politically against Israel.

When asked for comment by CNN’s Brian Stelter, current Trump campaign manager Steve Bannon said that the news of Malik’s invite was “just an appetizer” for what was to come this evening in Vegas, but it appears even Bannon didn’t know just how big of a mistake the campaign had made.

“In 2014, the Israeli press reported on the fact that Malik Obama was photographed wearing a red and white keffiyeh, which typically signifies support for Hamas rather than the more moderate Fatah. Emblazoned on the scarf were the slogans “Jerusalem is ours, we are coming,” and “From the river to the sea.” Both are popular chants used by the terrorist group.”

So while Donald Trump is grinning like an idiot for his ‘get’ at tonight’s debate, he has drawn a strong and clear connection between himself and a group that calls for the extermination of the entire Jewish race. That would be nearly the definition of biting off one’s nose to spite one’s face.