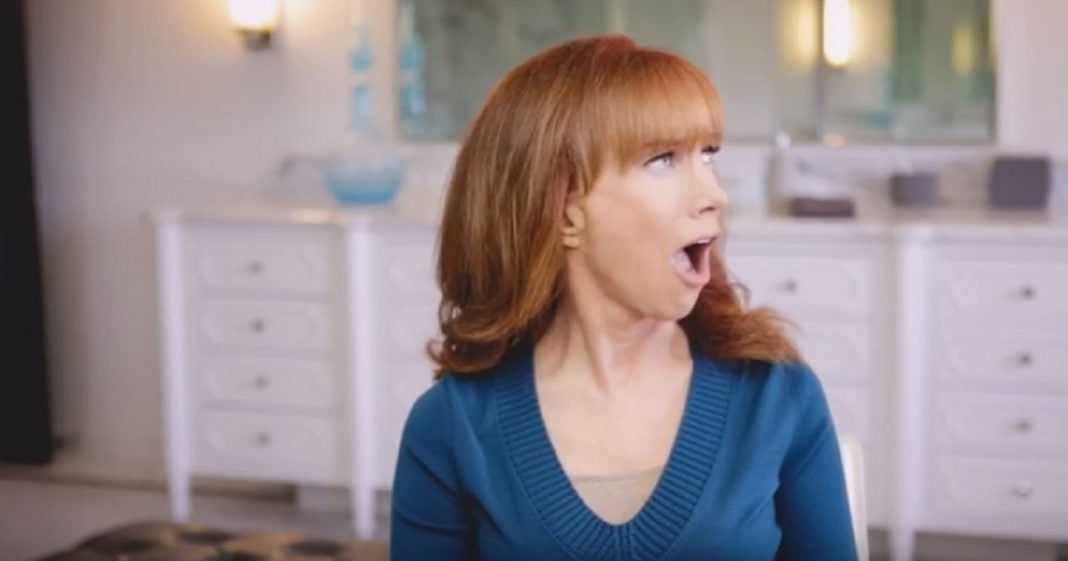 Comedian Kathy Griffin hasn’t been particularly vocal in this election season, but with just three weeks until the election, she chose to make her voice heard.

Avoiding the usual super-serious campaign ad, Griffin performed a parody of a popular Clinton Campaign ad which splices footage of anti-woman quotes from Trump with video of young girls going about their day. At the end, the ad posits: Is Donald Trump the president we want for our daughters?

Though the original has a subdued tone, with the children appearing downtrodden at the confidence-killing quotes from Donald, in Griffin’s version, she isn’t afraid to stand up to the idiotic bonehead and declare, “Oh fuck off.”

After Griffin repeats this key phrase a few times, she then issues an apology to the First Lady:

“Sorry Michelle, but when he goes low, I go lower.”

Somebody’s gotta do it.