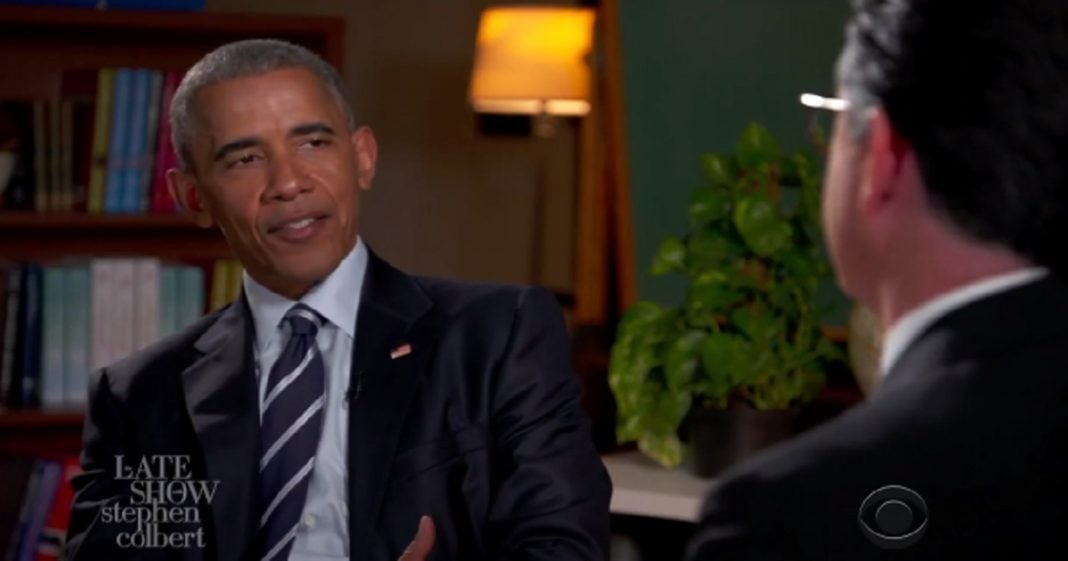 It’s three weeks until the election and I know some of you have likely forgotten what laughter is. How could you laugh when so much categorically bad is going on around us all of the time? How can we laugh with Donald Trump so close to the White House.

Luckily for us, late night comedians like Stephen Colbert have never rested in their quest to bring the world levity and mirth in these difficult times.

On Monday, President Barack Obama joined Colbert on “Late Night,” for a hilarious job interview with the soon-to-be-unemployed POTUS.

Colbert noted that 55 was pretty late in life to be starting over in a new career and noted that his resume lacked any promotions from the last eight years.

“Honestly, there wasn’t a lot of room for advancement at my last job. The only one with a more powerful position was my wife.”

Later, the president remarked that even he couldn’t account for why he held a Nobel Peace prize in addition to his dozens of honorary degrees.