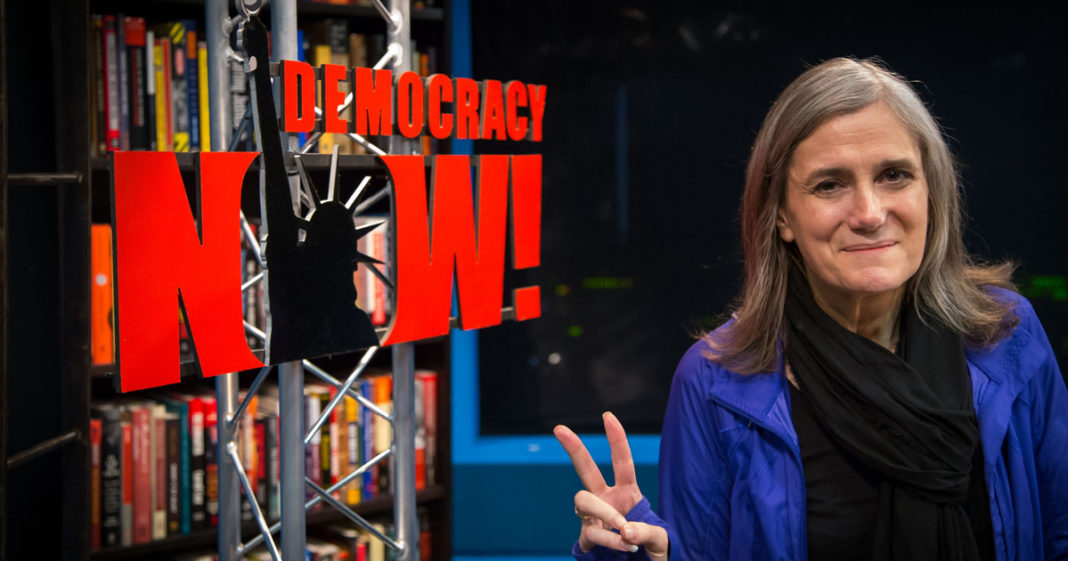 A North Dakota judge has dismissed the riot charge against Democracy Now! Journalist Amy Goodman who turned herself into police on Monday.

On Monday, judge John Grinsteiner ruled that there was no probable cause for the charge of rioting being levied against Goodman, noting that the prosecutor, Ladd Erickson, had initially charged the woman with criminal trespass before changing the charge to something he thought was more likely to stick.

Erickson made it clear that he was politically motivated when he said he did not consider Goodman to be a journalist due to her clear pro-protester bias. In the local Bismark Tribune, Erickson called Goodman a “protester, basically,” and bemoaned the fact that she was supportive of the protesting efforts.

Goodman released this statement upon the clearing of her name:

“I feel vindicated. Most importantly, journalism is vindicated. We have a right to report. It’s also critical that we are on the front lines. Today, the judge sided with … freedom of the press.”

The charges against Goodman were initially brought just days after she covered a bloody protest over the Dakota Access Pipeline in which attack dogs were used to harm and intimidate protesters. Goodman was one of the few journalists to cover the protest at this time, and her coverage drew coverage from many mainstream media outlets.

Though Goodman has been cleared of this charge, there is no indication that the local police department intends to leave the journalist alone. In response to the dropping of charges, the prosecutor noted that he would continue looking into the case and exploring other options against Goodman.