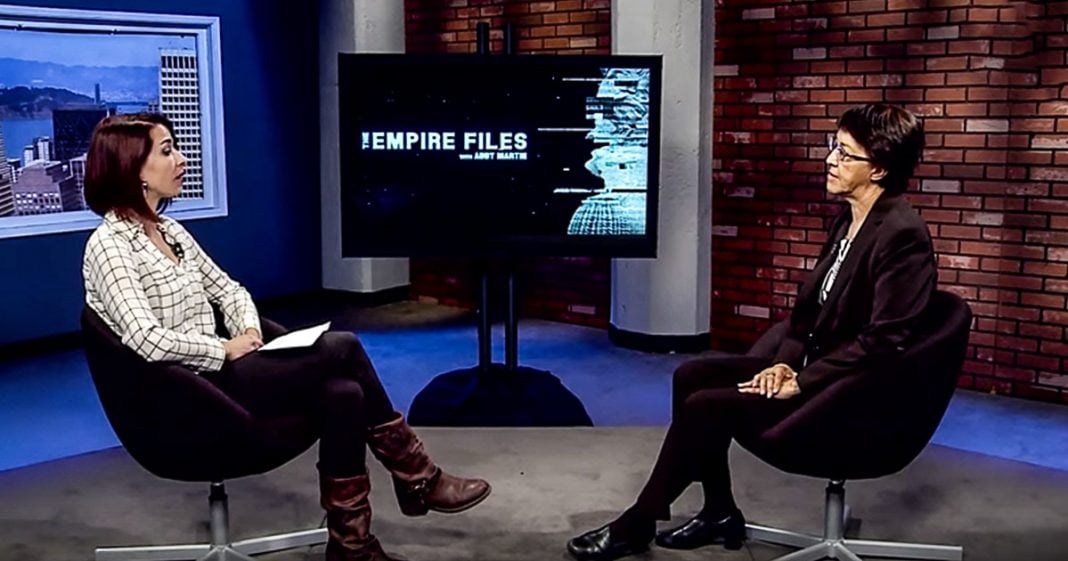 With just weeks until the U.S. presidential election—and with both mainstream candidates embroiled in unprecedented scandal—Abby Martin interviews one of the progressive alternatives, socialist candidate Gloria La Riva.

La Riva is a long-time organizer in the anti-war and social justice movements, a union leader and much more.

In this election special, Abby Martin and Gloria La Riva discuss her plan to “seize” all U.S. banks, Hillary’s “feminism,” and why supporting the “lesser evil” out of fear of Trump is a losing strategy.