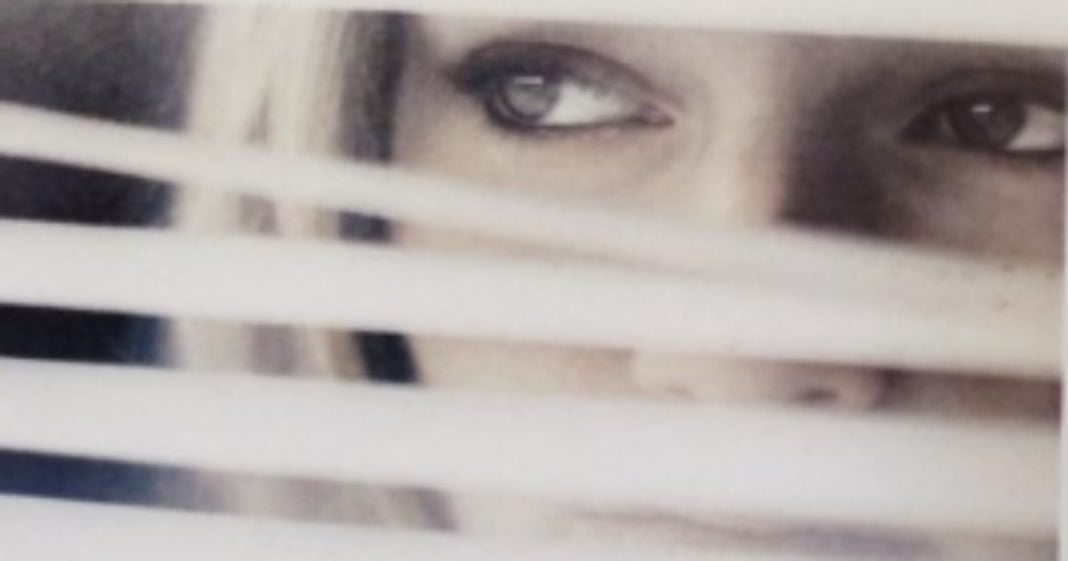 A GOP-sponsored mailer being placed in residents’ mail boxes in New Mexico reveals that Donald Trump isn’t the only one dabbling in fascist intimidation tactics.

As most of the world acknowledges, the immediate, fascist threat that Donald Trump presents to the United States is utterly undeniable. For all but those most inundated into the Trump camp of delusion, we recognize that the fear-mongering and dark politics Trump engages in must be stopped at all costs – and that includes those who seek to mimic his fascist style in other parts of the GOP.

As reported by The Daily Beast, residents in New Mexico are being intimidated into voting by some threatening flyers making the rounds which suggested that those who do not vote against Democrats will be called out by their neighbors – and maybe worse.

The mailer shows intimidating imagery of a woman peeking out of her blinds. Assumedly, she is either the inquisitive neighbor who is spying on the “non voter” or she herself is the one who didn’t do [her] part to stop” the Democrats from taking office, and is now clearly afraid to leave her home. Either way, it’s the sort of creepy imagery that scares voters – and intimidation should never be an acceptable part of the election process.

The front of the flyer declares:

“Do your part . . . vote in this election. After all, voting is a matter of public record. Your neighbors need you. Apply to vote by mail today!”

It’s really hard to imagine who would have thought that level of low-key aggression was acceptable in a political flyer. Getting out the vote is important, but doing so by fear of possible physical harm, or at the very least social alienation, is just not Democratic.

You can check out the intimidating flyers and read more from a resident who received it at The Daily Beast.