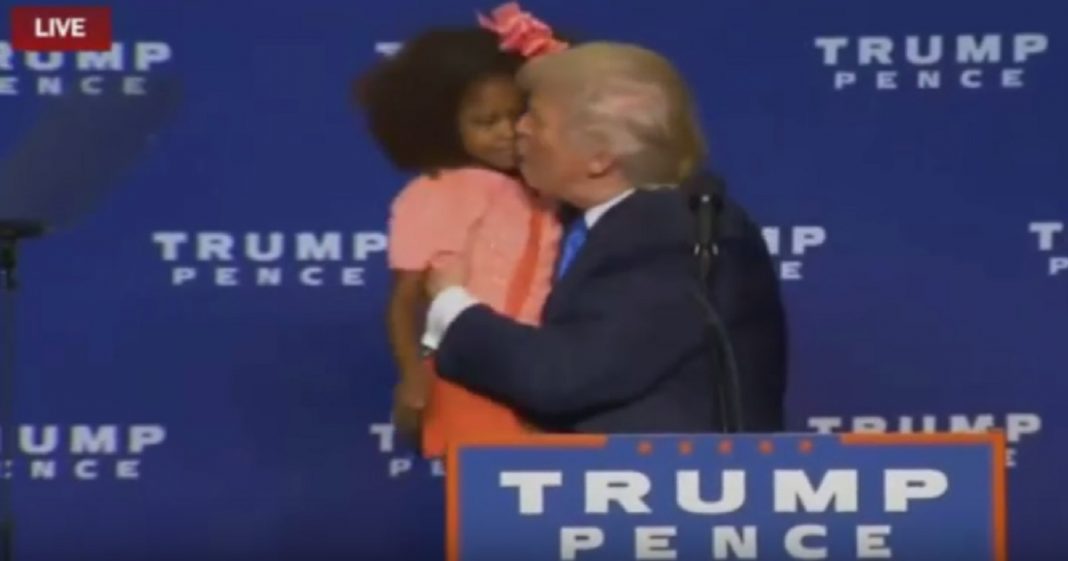 With all this talk about how Trump enjoys forcing himself on women, creeping on underage girls at pageants, and making suggestive comments about his own daughters, you would think Donald Trump would try and avoid moments like these.

During a rally on Monday evening in Green Bay, Wisconsin, Donald Trump took notice of a little African American girl in the crowd. He proclaimed again and again how beautiful he found the child – who must have been about five – and called her up on stage to receive some attention from the Donald.

Though the context was a bit uncomfortable, everything seemed okay for the most part until Trump tried to kiss the girl. The first time, he appeared to be aiming for her cheek, which she allowed. But one kiss wasn’t enough and Trump then dove in for another, this time clearly aiming for the child’s mouth.

To her credit, she rebuffed him, strategically turning her face to avoid contact with those tiny puckered lips.

We can argue about whether or not it is appropriate to kiss a strange child, but just watching the video, we think we can all agree that something is downright uncomfortable here.