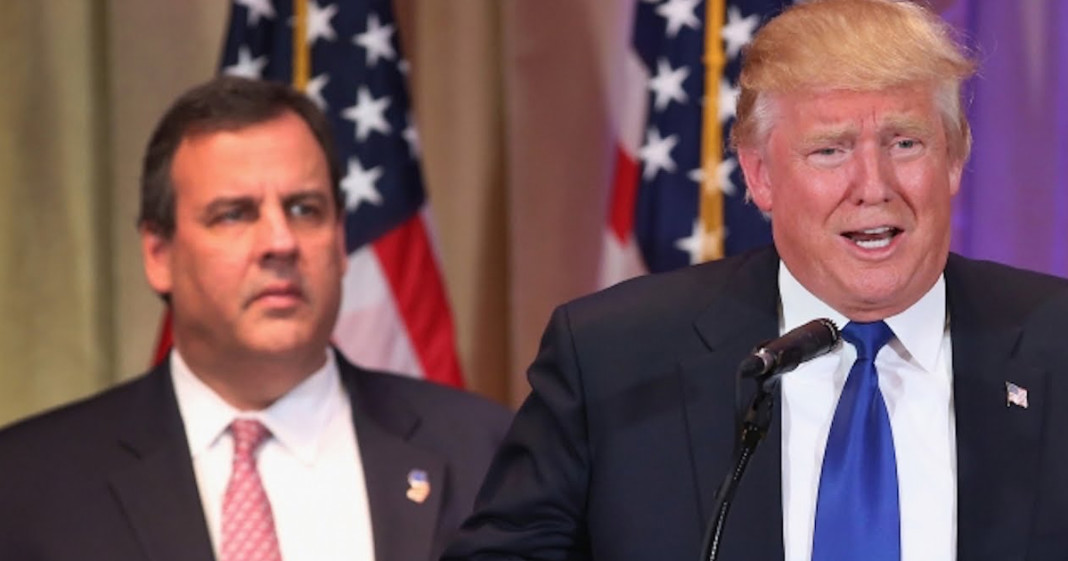 New Jersey Governor Chris Christie has been the election season’s saddest player, doing everything he can to destroy his political future. He has been a devoted servant at the feet of the Donald Trump campaign for as long as possible, standing by uselessly as Trump tore apart his character and assassinated his political future by association.

Now, Christie has apparently seen the writing on the wall and intends to distance himself from the campaign he dwelled in for far too long.

Speaking to reporters this week, Christie was asked whether or not he is “proud” of the way the Trump campaign has performed in the election. Christie said that it was mostly Trump’s business whether or not the campaign was a success, and that he could only be concerned about himself.

“I’m proud of everything I’ve said, and that’s all I can control. The rest of it I can’t control.”

Three weeks from the election is quite a time to try and wash one’s hands of a political campaign that has shaken the nation.

Christie claimed that he was solely responsible for his personal behavior while working for the campaign, indicating that the eventual view of the Trump candidacy as a fascist, dangerous political organization should not reflect negatively on Christie himself.

Of course, it is not only Christie’s involvement with Trump that has led to the permanent destruction of Christie’s political future – he’s got more than enough to contend with in his home state of New Jersey where he is finally facing legal proceedings concerning the so-called “Bridgegate.”

Regardless, the nation will not soon forget the role that Christie and other establishment Republicans played in the Trump campaign. Once we awaken from the stupor that ever allowed us to entertain the idea of a Trump presidency, those who stood by his side will never be trusted again.

You can read more about Christie’s comments concerning the campaign at the Huffington Post.